How Women Changed the Fate of Cheran - Ms. Magazine
Skip to content

Amidst unstable political conditions and an increase in gang-related crimes across the country, the women of Cheran staged an uprising.

Cheran is a small city in the Mexican state of Michoacan with a population of about 12,000. It is home predominately to the indigenous people of Purepehca, who have depended on logging for survival due to their geographic proximity to forests for centuries.

Unfortunately, their proximity to an abundance of lumber also made them a target for drug cartels. Plagued with political and economic instability, the city faced turmoil for years under the siege of the drug cartel La Familia. An influx of gangs, drug smuggling, extortion, kidnapping and illegal logging reshaped the lives of Cheran’s residents while armed gangs used organized crime to bribe politicians and exploit its forests.

When the cartels deforesting Cheran were about to reach one of its nautral springs, the locals became concerned about contamination of their water supply—and, in the process, realized that the local police force and politicians were not on their side. The women of Cheran, who bore witness to death and kidnapping at the hands of cartels and corrupt politicians during La Familia’s reign, took matters into their own hands after failed verbal negotiations resulted in their being harassed and dismissed.

On April 15, 2011, women blockaded the loggers’ pick-ups and took some of them hostage.

The women armed themselves and set off fireworks. They gathered the townspeople, who came together and demanded the cartels, police and politicians to be exiled. After a tense stand-off, police and local politicians were driven out of the town; shortly after, all political parties were banned—and Cheran became a self-ruling town.

In the years since, there have been no major crimes—no kidnapping, no murder—and most misdemeanors are punished now by way of mandatory community service.

Cheran still receives federal and state funding—but with its recognized autonomy as an indigenous Purepecha community, it has been able to confirm its right to not participate in local, state or federal elections. In order to protect themselves, the indigenous Purepecha people established armed checkpoints on the main roads coming in to town. They formed Ronda Comunitaria, a local militia, to protect the town from intruders.

Cheran’s women, meanwhile, have also spearheaded efforts to rehabilitate the forest. It is estimated that over half the town’s 17,000 hectares of forest were destroyed under the cartels; now, they are regrowing them.

Cheran’s situation poses an interesting juxtaposition to its neighboring towns, many of which are rife with organized crime and ruled by governments riddled with corruption. The small city, a functional and thriving society, is heralded as a local model for a better way forward.

Across Mexico, politicians are often suspected to be corrupt enablers of drug cartels. But in Cheran, women flipped the script.

Salma Elakbawy is a political intern at the Feminist Majority Foundation. She currently attends Rutgers University where she studies Political Science and Women’s and Gender Studies. 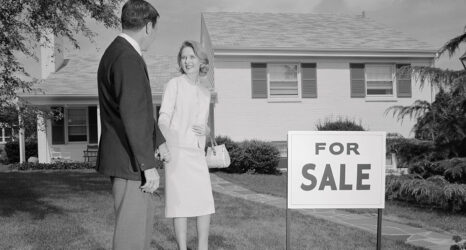 Will Ukraine Bury Feminist Foreign Policies or Will It Reveal Their Power?