Where the Personals are Political - Ms. Magazine
Skip to content

On the dating and “social networking” app for queer men, Grindr, a young transgender woman is called “man” and “boy.” She is castigated for wearing women’s clothes and for her gender identity. Even the messages that are supposed to be “sexy,” or “compliments,” are transphobic, misogynistic and often violent.

Elsewhere, Abby Lu, in the middle of preparing for her law school finals—and after a few drinks—posts an ad on the Instagram page @_personals_, a text-based community and dating page for lesbians and queer trans and non-binary folks. Lu was looking for other QTPOC friends while attending a largely white and straight institution, but the young woman who eventually responded to her ad would later become her partner. When we spoke, they were spending one of the last weekends of Pride month together in West Hollywood.

It isn’t rare for effeminate men or gender non-conforming folks to be verbally assaulted for pushing the boundaries of masculinity and femininity on Grindr. Many users incorporate lines into their profile bios expressing an interest in only masculine cisgender men—”masc for masc”—and the electronic space often becomes fraught with bigotry and competition rather than support, safety and community. Other apps, too, have caused friction, especially around lines of race and ethnicity, for queer women and men alike.

That’s one reason Kelly Rakowski, the founder of @_personals_, may be finding so much success. Her Instagram page will soon take shape as an app, in addition to having already reformatted itself in print. At the heart of its decidedly retro approach—one that’s congruent with Rakowski’s initial social media success as founder and curator of @h_e_r_s_t_o_r_y, a widely popular lesbian culture page—is the opportunity to foster queer love and community where other digital spaces have fomented division and opened the floodgates for harassment.

Rakowski was inspired to create Personals after reading the section of the same name in issues of the lesbian erotica magazine On Our Backs, from the late 1980s and early 90s. Rather than “matching” and sending pictures of oneself, like most dating apps, Rakowski’s page “advertises” users with plain images of text showcasing short, pithy paragraphs—each submitted by lesbians, queer-trans folks and non-binary queers looking for friends, love, sex, community or more.

On Personals, there is no exclusive language. There aren’t even user avatars. There is no swiping, just double-tapping and DM’ing. In the age of digital dating, Personals is decidedly rustic—and that has become its subversive strength. “The text itself becomes an image. You’re painting a picture of yourself,” Rakowski said, “It’s like texting your friends or something. It’s not writing paragraphs and paragraphs. It’s just so fun and easy—kind of like a Tweet to read—really catchy. In about the same amount of time you would to look at a photo, you can just quickly read the Personal.”

On Personals, people aren’t receiving mean-spirited calls to conform to normative constructions of gender, but rather honoring a queer history of ‘zine personals and bringing that history into the tech-savvy present. “I think it creates a layer of anticipation and excitement, and it reveals something that’s really special about somebody in a really short, little paragraph,” Lu told Ms., reflecting on her own experience. “I think it’s less shallow than a lot of other dating apps.”

Over the last year, Rakowski’s app has grown in popularity, reaching over 34,000 followers and receiving over 500 submissions to the page over a 2-day period at the beginning of every month. In Brooklyn, a print edition is available; the page has also gone global, with followers from around the world, and stories of people travelling long distances to meet people from Personals.

“It’s taken up in a way I haven’t expected,” Rakowski said. “It seems like location does not matter, and people are flying anywhere to meet the other people. I woke up to a DM today from a stranger that said ‘Hey! I’m about to fly to Montreal to meet someone from Personals.”

Due to this popularity, Rakowski launched a Kickstarter campaign for a Personals app—and quickly reached her fundraising goal. The Instagram will stay, to compliment the app, but Rakowski is excited to incorporate features like location services and other tools that help folks find the people who match them best. Rakowski is also devoted to making the app welcoming to queer people of color, older queers, queer people with children, rural queers, trans and gender nonconforming folks and others who don’t always receive a warm welcome on Tinder, OKCupid or the like.

“I try to really actively encourage people that aren’t 23 years old and living in Brooklyn,” Rakowski said, “to really open it up by just saying, ‘Hey people of color! People that live in rural areas! Older people! People with children! Everyone submit your posts! We want you! We want you here!”

Rakowski is now taking on a new role as Instagram’s most popular queer matchmaker—and opening up a world of queer rom-com opportunities. In the process, she may re-popularize some of the same cornerstones of the movement that paved the way for such bold, queer expression in the digital age.

Brock Colyar is a former editorial intern at Ms. He is currently a journalism and gender and sexuality studies major at Northwestern University, where he founded a campus queer and radical feminist magazine and serves as a sexual health and assault peer educator. Much of his spare time is spent overthinking intra-feminist politics and Stevie Nicks. You can follow him on Twitter @UnhappyFem (Photo via Colin Boyle/The Daily Northwestern.) 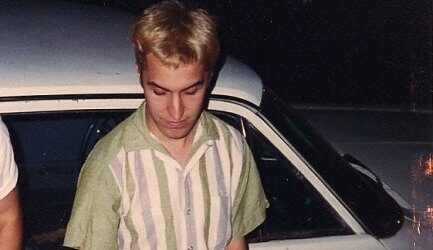 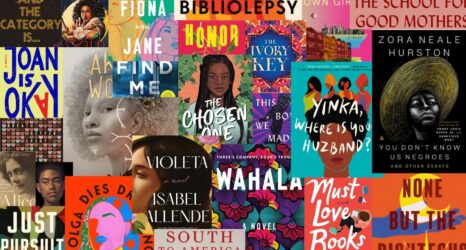