This post originally appeared on the Marshall Project. It has been republished with permission.

They’re locked in cramped isolation cells 23 hours a day. They eat meals by the toilet and shout to their friends under the cell door. They interact only with corrections officers.

It sounds like what happens to adults behind bars, but these are the conditions now facing many of the 44,000 youth incarcerated across the country. In the age of COVID-19, juvenile detention—required by federal and state laws to rehabilitate, not to punish—has become more like grown-up prison than in decades, according to interviews with incarcerated teens, their lawyers and family members, and corrections officers and staff in more than a dozen states.

To slow the virus’s spread, youth lockups nationwide have shut down school programs. Solitary confinement and other forms of isolation—which in recent years had largely been eradicated in juvenile jails—have resurged in an effort to socially distance.

In most facilities, with family visits canceled and only “essential” employees—typically just guards—on the job, teens are increasingly alone.

In reaction, youth in Louisiana organized a mass escape. Others there and nationally are expressing pent-up frustration by getting into brawls and fights, which have been put down by SWAT teams and officers newly outfitted with pepper spray.

Some advocates are questioning whether any juvenile justice agency, as long as social distancing lasts, can live up to its mission of providing learning, growth and hope.

“Does anyone believe that rehabilitation can occur in a locked facility during a pandemic?” said Nate Balis, director of the Juvenile Justice Strategy Group at The Annie E. Casey Foundation, a philanthropic organization.

And if not, he said, “What are we actually doing still holding children in facilities?”

Several local juvenile detention agencies and judges across the U.S. have taken steps to reduce the number of confined children in the past month. But only 10 states have done so at the state level, at least according to public announcements. And only two governors—in Michigan and Colorado—have issued executive orders to begin larger-scale releases of youth from jails where COVID-19 is spreading, according to a report released Tuesday by the Youth First Initiative, an advocacy group.

To be sure, juvenile detention agencies hard-hit by coronavirus outbreaks, in New York City, Virginia, Louisiana and elsewhere, have few short-term options for slowing the spread without slowing rehabilitation in the process. And if they were to release more kids, it might be hard to provide rehabilitative services in the community, too, given shelter orders.

In lieu of school, many jails are handing out worksheets for kids to fill out alone, while some with internet access are providing students with tablets and video lessons.

In Milwaukee, corrections officers have stepped in for teachers, playing pre-made video lessons on a screen.

“We’re trying to replicate what the educators do in terms of going deeper, connecting with the students, asking questions—it was a challenge at first,” said Kenneth Biami, a supervisor of juvenile corrections officers there whose usual responsibilities include running the control center, intake and visits.

At the Bon Air Juvenile Correctional Center in Richmond, Virginia, there was once a quilting class and volunteers who taught Russian literature. Now teens are sitting alone, stewing on how the virus is threatening their family members and the teachers who had cared about them, parents say. One mother whose son recently wrote her a suicidal letter said that he has reverted to his pre-arrest negative mindset.

After nearly a month without being able to speak to her child, she finally reached him in late April.

“The call cut off before I could even say I love you,” she said.

Roughly 70 percent of youth behind bars in the U.S. are held on nonviolent offenses, according to The Sentencing Project. Many are jailed pre-trial and haven’t been convicted of a crime. With courts closed, they must wait even longer, in even more psychologically damaging conditions, to argue for their freedom.

Yet every day that an adolescent spends in adult prison-style isolation, without learning new skills and receiving mental-health treatment, is itself a health emergency, according to the American Academy of Pediatrics and experts on child development.

It is “hard to imagine a more vulnerable population … in the face of this pandemic,” Craig W. Haney, a social psychologist and expert on the psychology of confinement at the University of California, Santa Cruz, wrote in a court statement in March.

Haney added that the vast majority of young people in the justice system have endured childhood trauma, which will resurface if they feel abandoned now.

Several young people in confinement said that being in a prison-like setting amid COVID-19 makes them feel paranoid, bored and lonely.

One Baltimore teen said in a court statement that, “I just take it as they don’t care about us for real.”

Others in New Orleans said they feel they have disappeared, and asked a school staff member to tell their parents they love them.

Felipe Franco, former deputy commissioner of New York City’s juvenile justice agency, says that for youth detention to be humane and constructive, every day must focus on developing new behaviors, including how to manage conflict, and on building relationships and making plans for the future.

But “those are all exactly the things that are difficult to do in the [socially-distanced] situation as we speak,” he said.

School had been when kids were “engaged and challenged and often tended to,” said David Domenici, executive director of the Center for Educational Excellence in Alternative Settings, a nonprofit that runs educational programs in youth facilities. Without it, “you are left with the starkness, the isolation, the hard reality that you are locked up, subject to who knows what is coming next.”

It is difficult to know how many children are now in solitary confinement, in part because people who monitor children’s rights are not being allowed into jails during the pandemic. Some facilities are only keeping kids in isolation who have COVID-19 or were exposed to someone who was infected, in some cases using euphemistic terms for solitary conditions such as “medical isolation”or “soft quarantine.”

But many youth have been held in isolation cells, or confined in their rooms alone for virtually the entire day, because guards have called in sick and there is no one to supervise youth in common areas.

“As ever, putting kids in solitary, instead of medical isolation monitored and administered by health professionals for the briefest of times needed, is just about administrative convenience for adults,” said Amy Fettig, deputy director of the ACLU’s National Prison Project and an expert on solitary confinement.

Isolating children is considered a human-rights violation by the United Nations, and studies have shown it increases suicide and future mortality rates.

Starting around 2000, adult-like youth prisons began shutting down around the country in favor of closer-to-home shelters with more programs and therapy. In the 2010s, the Supreme Court repeatedly ruled that the adolescent brain is still developing, and that imprisoning kids without end is a form of cruel and unusual punishment.

Most states created a cabinet-level agency for juvenile justice, separate from the adult department of corrections and with a different philosophy toward rehabilitation.

Louisiana was one of them. But because of coronavirus-induced understaffing, juvenile facilities there have now brought back in probation officers to do these jobs. And they are trained in adult police tactics such as subduing youth by applying force to pressure points on teens’ necks and elbows, according to interviews with staff, parents and advocates.

The state has also sent youth accused of participating in riots and escape attempts to isolation cells that had not been used in years.

Beth Touchet-Morgan, spokeswoman for the Louisiana Office of Juvenile Justice, said in an email that these officers and cells are being used because “during unordinary circumstances such as this, it is customary to utilize all assets within the department to continue to maintain a safe and secure environment for our staff and youth.”

She also said the use of isolation was in part to stop bad behavior from escalating pending investigations, and that teens are still receiving mental-health treatment.

In Maryland, a therapist at a youth facility who declined to be named said that the experience of confinement during the pandemic has been confounding for teens. After one youth tested positive for the virus, she had to conduct his sessions wearing personal protective equipment and talking through a vent into his room. The teen sat there playing a handheld video game.

Other youth sit at the tables in their housing area trying to play spades as a voice on the loudspeaker crackles through, telling them to socially distance.

“The boredom and nothingness of it is sinking in,” the therapist said. “They’re just waiting on their lives.”

New admissions to that facility and others in Maryland are finally slowing, in part because a state court of appeals last month ruled that every time a child is incarcerated, juvenile justice officials must prove that the danger they pose to public safety is greater than the danger they face being confined during a pandemic.

“Never before in our judicial system have we asked the question: Will jail do more harm than good?” said Jenny Egan, chief attorney of the juvenile division of the Maryland Office of the Public Defender, in Baltimore. If the coronavirus crisis lasts for months, she said, “Can the rehabilitative purpose of juvenile court even still happen in that timeframe?”

How those questions will be answered remains to be seen. Eric Solomon, spokesman for Maryland’s Department of Juvenile Services, said in a statement that the agency will still be “able to deliver education and treatment services, but in a more creative way.” This includes switching from large-group programs to one-on-one tutoring and therapy, as well as using telemedicine.

At the state’s juvenile jails, according to Egan, “There was only a thin veneer of rehabilitation all along, and COVID has made that abundantly clear.”

Eli Hager is a staff writer covering juvenile justice, family court, indigent defense, fines and fees and other issues; he also edits the "Life Inside" series of essays by incarcerated writers. He was a Livingston Award finalist for his 2017 investigation of the for-profit prisoner transport industry and is a three-time finalist for the Education Writers Association awards. 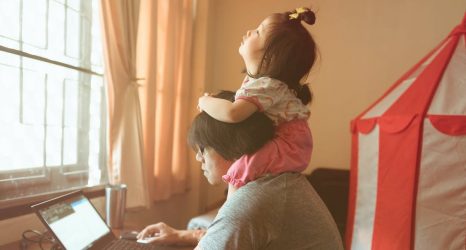