SCOTUS Defends Abortion Access—But the Battle is Far from Over - Ms. Magazine
Skip to content

In a decision that echoes precedent of an identical case in Texas four years ago, the Supreme Court issued a ruling today that will allow Louisiana’s three abortion clinics to stay open.

The case, June Medical Services v. Russo, challenged a medically unnecessary law requiring abortion providers to have admitting privileges to a nearby hospital—even though serious complications during abortion are extremely rare and very few patients require treatment at hospitals.

At a press conference this morning, the case’s litigators acknowledged that this ruling represented a victory for abortion access in a state with some of the most restrictive anti-abortion laws in the country.

However, the fight is far from over. Julie Rikelman, senior director at the Center for Reproductive Rights and one of the primary litigators on the case, believes the 5-4 opinion will “muddy the waters, and will lead to more litigation rather than less.”

Rikelman pointed out that while today’s ruling preserved access, it did nothing to expand access in a state with just three abortion clinics. The Center—currently arguing 30 other cases against restrictive abortion laws throughout the U.S.—will continue to fight for expanded access to abortion for Louisianans.

The Center has also called for passage of the Women’s Health Protection Act, which would protect the right to access abortion care throughout the U.S.

“We shouldn’t have to keep playing whack-a-mole,” said Nancy Northrup, president and CEO of the Center for Reproductive Rights. “It’s time for Congress to pass The Women’s Health Protection Act, a federal bill that would ensure the promise of Roe v. Wade is realized in every state for every person.”

Medical providers and feminist organizations nationwide are praising the ruling, but universally agree that much more needs to be done if we are to succeed in the fight for abortion access—particularly for low-income women and women of color.

Although this SCOTUS ruling was a win for the pro-choice movement, providers point out it still doesn’t translate into easy abortion access for many.

“As a provider, I know people are still struggling to access abortion care in their communities, and this ruling doesn’t change that reality. We need meaningful change that puts their health, safety and needs first. That must include abortion care being available to anyone who needs it, wherever they live, whoever they are, without cost being a barrier.”

Many organizations argue abortion access is an issue of racial justice as well as gender—since women of color face unique barriers to receiving reproductive healthcare.

“Abortion is an essential health service that continues to be out of reach for many people, especially Black people, people of color, young people, people with low incomes, rural communities, individuals who are undocumented, and other people who are marginalized.

“At this time, when communities nationwide are rising up in protest of police brutality toward Black people, we recognize that laws like the one the Court ruled on today are used by law enforcement as another tool to restrict bodily autonomy and criminalize those who seek medical care after self-managing an abortion.”

“In the midst of a global uprising for Black lives, we cannot ignore the ways that Black young people, women, trans and nonbinary people continue to be harmed by the hundreds of abortion restrictions left in place, policymakers’ failure to address Black maternal death, and the ongoing legacy of white supremacy. The hundreds of abortion restrictions across the country are part of a centuries-old scheme to control the reproductive destinies of Black and Indigenous people and women of color.”

“The right to abortion has always been more tangible for some people in this country than for others, and the AAPI [Asian American and Pacific Islander] community faces unique challenges to accessing abortion.

“The layers of affordability, immigration status and race collide to complicate the reality of who is able to exercise our rights.”

Additionally, medical providers highlight that admitting privileges are unnecessary, as they procure no medical benefit.

“Today the court ruled on the side of science and evidence—admitting privileges requirements have no medical benefit. These medically unnecessary restrictions force clinics to shut down and put essential health care out of reach for far too many.”

“Today the Supreme Court did the right thing by scientific evidence and protected abortion care that was hanging by a thread.”

Others emphasize the importance of political engagement to ensure the right to abortion does not continue to be unnecessarily litigated in the future.

“Today’s Supreme Court ruling overturned Louisiana’s transparent attempt to undermine Roe v. Wade … [b]ut the decision was a narrow one, showing just how much is at risk in the fight for reproductive freedom.

“Anti-choice extremists will continue their efforts to weaken and overturn Roe and harm those seeking abortion care. We must work to elect pro-choice legislators in November who will protect abortion access.”

“Anti-abortion politicians have made it abundantly clear that they will continue to attack our right to make decisions about our bodies, our families, and our futures.

— Dr. Kristyn Brandi, board chair of Physicians for Reproductive Health and ob-gyn in New Jersey

“Today’s Supreme Court decision is a … blow to deceptive and political efforts to limit abortion access.

“Voters will not forget that Senators like Susan Collins, John Cornyn and Joni Ernst confirmed justices who put our reproductive freedom in danger.”

“Rather than wait for harmful rulings to come down, we must prevent the courts from harming our communities in the first place. We can and must oppose judicial nominees with track records that demonstrate harm to AAPI [AsianAmerican and Pacific Islander] pregnant people.”

“The Louisiana law the Court struck down had no medical benefit and is part of an ongoing, coordinated effort to eliminate access to abortion, particularly for those living on low incomes, people of color, and those in rural communities.

“Despite this victory, depending on where they live, too many people in America face insurmountable obstacles to obtaining an abortion. Congress must pass the Women’s Health Protection Act to ensure reproductive freedom is available to all.”

— Vanita Gupta, president and CEO of The Leadership Conference on Civil and Human Rights

“We can breathe a sigh of relief, but we cannot become complacent. Already, one in three women of reproductive age lives in a state where abortion could be outlawed if Roe is overturned [… and] 16 other cases on abortion access are still one step away from the Supreme Court… [o]ur rights should be bedrock, not subject to the whims of the courts or legislators hostile toward women’s rights. That’s why Congress must pass the Women’s Health Protection Act immediately to defend abortion access nationwide and stop these horrendous and fundamentally anti-woman bans.”

Editor’s note: Ms. will continue to update this article as more reactions to the ruling are released.

Giselle Hengst recently graduated from Vanderbilt University with degrees in Women's & Gender Studies and Medicine, Health, & Society. She is currently an editorial and social media intern at Ms. magazine.
Oliver Haug is a social media editor and podcast producer with Ms. magazine. They are also a freelance journalist, focusing on LGBTQ+ issues and sexual politics. Their writing has previously appeared in Bitch Magazine, them.us, the New York Times' newsletter "The Edit," and elsewhere. You can read more of their work at oliverhaug.contently.com, and follow them on Twitter @cohaug.

Texas’s Abortion Ban Is Already Causing a Brain Drain in the State. Will Companies Speak Out? 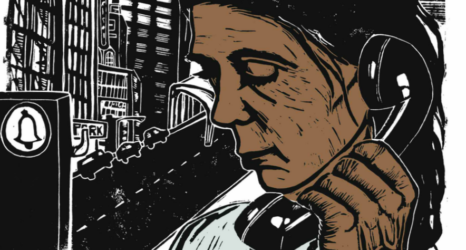 DOJ Files Emergency Motion to Stop Texas Abortion Ban, with Support from Democratic Attorneys General
Texas’s Abortion Ban Is Already Causing a Brain Drain in the State. Will Companies Speak Out?
Our Abortions Are Our Business—No Explanation Required