Implicit bias in heath care is an epidemic; women are too often ignored within the system, blocking them from receiving the care they desperately need.

The foundation of our health care system is riddled with sexism, which in the midst of a global pandemic, only compounds what was already an emergency.

The dismissal of women’s symptoms is an epidemic: One in five women believe that a health care provider has ignored their symptoms, according to a 2019 survey.

Women are constantly ignored within the health care system, blocking them from receiving the care they desperately need. When reporting pain, women are more likely to be told by their doctor the reason is “psychosomatic” or a product of emotional distress. (Read: “You’re just emotional.”)

“We’re seeing gender disparities even in a context when those disparities should not exist,” said Dr. Laura Huang, PhD, associate professor at Harvard Business School who studies organizational behavior.

When women and men come to the ER, “they should have an equal likelihood of surviving something, like a heart attack,” Huang said. “But in fact, what we find, is that they don’t.”

These adverse outcomes can result in women experiencing chronic pain, having diseases go undetected, and not receiving proper diagnosis or treatment plans.

“There’s so much judgment. If you’re too calm, then they say, ‘Oh, you’re not sick. You don’t look sick.’ And then if you’re crying and moaning, they say you’re exaggerating. I don’t really know what they want from us,” said Amy Mason-Cooley, 37, who regularly experiences excruciating pain as a result of sickle cell disease.

Examples of how this plays out in the health care industry are countless.

When studying new diseases or ailments, women and people of color are rarely the subjects of studies; therefore, doctors become trained to spot and diagnose ailments on white men—leaving huge gaps in how the same ailment could manifest in different bodies.

For example, in dermatology, doctors often miss early indicators of Lyme Disease since they aren’t taught what the common “bulls-eye” rash that tick bites often leave looks like on darker skin. Therefore, when a woman reports pain, doctors often don’t tie it to the underlying problem since they aren’t taught how it may manifest in women, leaving women with inadequate treatment.

Even when it comes to simple drugs such as aspirin and antidepressants, the effects on men versus women are quite different, yet have not been studied broadly.

As a result, women are treated disproportionately when it comes to pain. For example, women who receive a coronary bypass surgery are only half as likely to be prescribed painkillers compared to men who receive the same procedure.

In the ER, women wait an average of 65 minutes before they receive pain treatment in the U.S.—compared to men who only wait 49 minutes.

The problem is worse for Black women: Black patients are 22 times less likely than white patients to receive any pain medication in emergency rooms.

Even more disturbing, a review of over 200 medical students in 2016 found that half of those students said that “Black people have less sensitive nerve endings than white people.”

Dorthy Roberts, scholar and professor at the University of Pennsylvania, noted that while these findings are “in part based on myths and stereotypes that are widely held in U.S. society, it’s also based on the way students are taught to treat patients in medical schools.”

This leads to a life where women’s pain, especially women of color’s pain, isn’t addressed. The dismissal of pain women experience can change someone’s quality of life—including a higher risk of suicide among chronic pain patients. According to multiple studies, women were more likely than men to report migraines, facial pain, rheumatoid arthritis, and fibromyalgia, and to report higher levels and more frequent pain.

This sexism and racism is more relevant than ever when it comes to COVID-19 treatment.

While people have studied the disproportionate effects COVID-19 has on women—such as that women are 1.8 times more vulnerable to the crisis in terms of job loss that men, and how women often carry more essential jobs than men, disproportionate health care due to gender has yet to be studied.

Equitable health care can mean the difference between life and death—which during a global pandemic is more important than ever.

Isabel Fields is an undergraduate student at Smith College studying both Women and Gender Studies and Economics.

Indian Country is Riding to the Polls 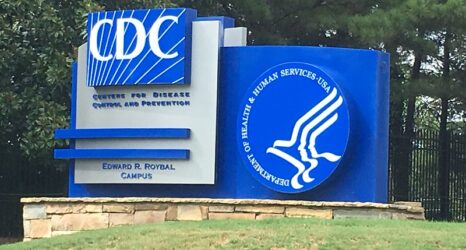 Weaponizing Objectivity: The Politics of the CDC