Actually, a couple of notes of caution might be in order.

The passage of the bill has caused agitations and strikes all over the country. A main thrust of the opposition has been that gender cannot be a preferred category while caste and religious minorities face severe economic, social and political violence. Will these reserved seats come at the cost of seats that religious and caste minorities could have contested? Can women legislators be trusted to attend to these other issues?

This is a concern not just for the political parties opposing the bill’s passage (despite having some powerful women leaders), but has long been a divisive issue within women’s movements as well.

Women’s quotas for 33 percent of seats at the local governance (panchayat) level have existed in India since 1993 (amended to 50 percent in 2009). Some women in these seats may have been figureheads for influential political men in their families, and some may have been corrupt or ineffective, as feared, but there have been a lot of success stories, too. Women have used their institutional power in many cases to push for reforms on such issues as water, land, health and violence.

But national politics has very different stakes and scope than local politics. There has been no dearth of extremely powerful female politicians in India at both national and state levels, even if the total percentages are low. From Indira Gandhi to Jayalalitha to Mayawati to Mamata Banerjee, these larger-than-life figures have often wielded enormous power in their states and their parties, championing caste and class issues. Their attention to women’s problems, however, has ranged from indifferent to lousy.

So I’m rejoicing, but with some reservations (pun intended, of course). It’s possible that a critical mass of women could mobilize to promote social justice based on gender as well as caste and class and religion. But it’s equally possible that politics could get in the way, and that being a woman in charge doesn’t necessarily insure that justice is served for all. 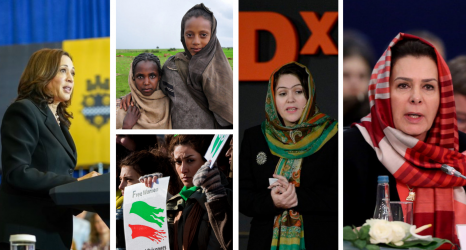 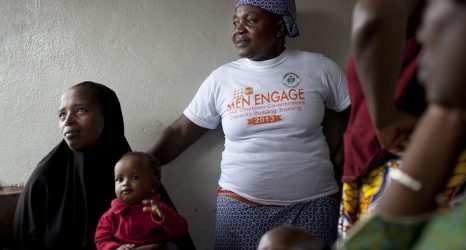 Texas Republicans to Ban Public Schools Teaching History of White Supremacy: “Legislators Need Their Own History Lesson”
Front and Center: Guaranteed Income and the Child Tax Credit Are Keeping This Family Afloat
How Congress Can Hold the U.S. Administration Accountable in Afghanistan