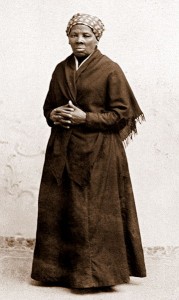 Equal Visibility Everywhere (EVE) and Maryland’s NOW launched a campaign today to get a Harriet Tubman statue in the National Statuary Hall, where she would be the first African American and first enslaved person to be so honored. Tubman, a Maryland-born abolitionist and suffragist known for conducting the Underground Railroad to rescue slaves from servitude, would only be the 10th woman in the hall among 100 statues.

States are each allowed two statues in the hall and may switch theirs every 10 years. EVE already has a campaign underway in Ohio to replace one of its statues with a woman, and is working on campaigns for women statues in Kansas, New York, California, Florida and Oklahoma.

“What a lot of [Statuary Hall] visitors probably don’t realize is that the Capitol was built partly with slave labor,” says Suzanne Scoggins, communications director for EVE. “The huge marble columns in Statuary Hall were quarried, cut, and polished by slaves.”