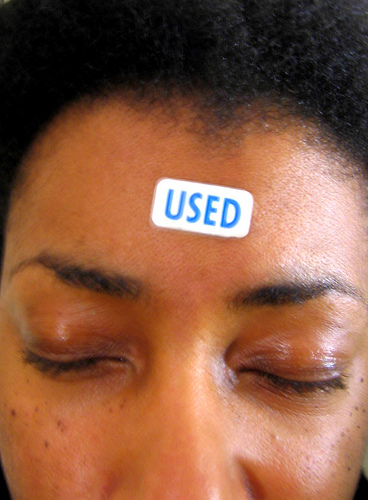 In the last two months, an onslaught of anti-choice legislation has been proposed, passed and challenged. Since it’s National Health Week, let’s remember whose bodies all this legislation is landing on.

To my mind, there are three main ways talking heads are ignoring women’s bodies when discussing reproductive rights these days. First, when referring to cases of rape and incest, we need to remember that we’re talking about violent, non-consensual sex acts enacted upon real, live bodies–acts that leave women bruised, bleeding and possibly left with an infection or a pregnancy. When such legislation is debated, do lawmakers think about bloody wounds, broken bones or an equally shattered sense of family and security? Instead of focusing on the brief medical procedure some women choose to undergo after they’ve been brutally attacked, why don’t legislators work to solve the rape-kit backlog? Why isn’t dealing with chronically low reporting rates of sexual assault a major talking point during political campaigns?

Which leads to the next major denial of a woman’s body while legislating about, yes, women’s bodies. What happens when a woman’s health is dependent on her not carrying a pregnancy to term? Diabetic women, for example, are far more likely to miscarry, deliver prematurely, or deliver babies with abnormalities that pose an obvious risk to the baby and endanger the woman’s health during pregnancy. Woman who want to carry their pregnancy to term can develop complications that lead them to seek abortions because the fetus is unlikely to survive or the women’s health is at serious risk. Yet those women’s right to gauge their own health, and relate it to a decision about having children, is systematically denied. Even the states that allow health exemptions to otherwise stringent reproductive laws are setting the state up as the decision-maker, not the woman herself. Not the person who has lived in the body, who knows her own matrix of health and illness.

The third way I see contemporary debate over reproductive rights ignoring women’s bodies is ingrained in the very nature of the debate. Women are talked about, and legislated upon, as though having the organs in question disqualifies women from the discussion. Florida Democratic State Rep. Janet Long’s memorable recent “Stand down unless you have ovaries” quote (spoken against a bill that would require an ultrasound before a woman could have an abortion) applies directly to my point: There are ovaries involved in pregnancies, carried to term or aborted, and only women have those. So women should have a sort of monopoly on the restrictions and freedoms their ovaries are subjected to. I am absolutely not excluding the opinions of men; the strongest pro-choice alliance must feature diverse voices, as many as possible, calling together for a woman’s right to choose. But the female body must be claimed and fiercely protected by the female inhabiting it.

It was nice (and long overdue) to hear explicit, realistic reference to female reproductive organs in a state House of Representatives. And it would be nice if, for National Women’s Health Week and beyond, the “woman” part of a “woman’s right to choose” regained visibility and acknowledgment as a living, breathing, bleeding, thinking body.

In a Post-Roe America, Expect More Births in a Country Where Maternal Mortality Continues to Rise