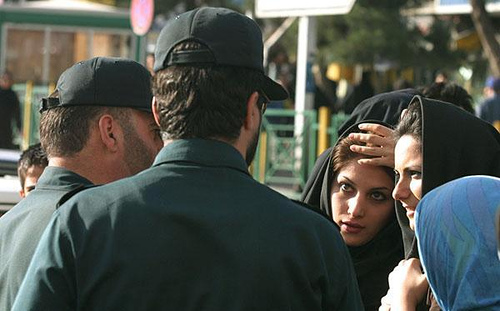 I’m no proponent of violence, and as a Muslim my faith teaches me to avoid it whenever possible. Still, in the face of oppression, my faith also teaches me that it is not only an option to stand up for myself but a sacred duty. In short, slap me in the face and you can be assured that I’ll slap you right back. And if you’re falsely using my religion to justify slapping me in the face, expect me to slap you that much harder.

So, when I heard about an as-yet-unnamed young Saudi woman beating the daylights out of a so-called morality police officer who was trying to bust her for illegally socializing with a man in an amusement park, I was more than amused: I was proud. Learning more about this woman’s story, only made me want to pump my fist higher and harder in support.

The officer, a member of the Commission for the Promotion of Virtue and Prevention of Vice (known as Hai’a), approached her and her companion at an amusement park in Al-Mubarraz to question them about their relationship. Yes, it’s illegal for unmarried Saudi men and women to mix. When the young man being questioned collapsed for an unknown reason, the woman proceeded to repeatedly punch and kick the morality cop. She beat him so badly that he incurred bruises all over his face and body and had to be taken to the hospital.

So, seriously, how can you expect me not to be cheering on the inside—and well, a little on the outside too?

I want to clarify, I’m not just cheering as a woman delighted to see a fellow member of her gender stand up and fight in the face of injustice; I’m cheering as a devout Muslim who knows that the idea of a “morality” police force is absolutely contrary to Islamic ideals. The Qur’an I’ve read and studied has taught me a great deal about morality: that there should be no compulsion in religion, that men and women are created equal, that “oppression is worse than killing” and that in the face of oppression I am entitled to defend myself and my people.

Though I’ve never set foot on Saudi soil, I have stood across from my fair share of morality police in Iran. While the laws in Iran aren’t as obscenely sexist and oppressive as those in Saudi Arabia, they are still supremely suffocating.

Seeing these morality police on the streets of Tehran has always annoyed me, and I admit that I have a special place in my heart filled with disdain for them. But I also feel sorry for the bastards. Not only are most of them young and uneducated, they are also unable to see how they’re being used by the state to promote distinctly immoral policies that contradict the very creed they think they’re upholding.

Still, even as I pity these morality cops, I can’t help but want to beat the crap out of them. And today, justifiably or not, this single Saudi woman has made that same part of my heart–that part so brimming with scorn for all the godforsaken morality police of the world–dance with joy.

ABOVE: A police officer warns women about their clothing in the author’s home country of Iran. Photo from http://www.flickr.com/photos/farshadebrahimi/ / CC BY-SA 2.0

What Paycheck Fairness Means to Muslim Women Like Me

The Ms. Q&A With Ani DiFranco: “You Have License To Be All the Aspects of Yourself and To Be Unashamed of Them”
Tina Tchen Makes the Economic Case for Investing in Care Infrastructure and Talks Violence Against Asian Women
The Crime Hidden in Plain Sight: An Interview with Amy Ziering, Director of ‘Allen v. Farrow’