Sarah Palin is Not a Feminist - Ms. Magazine
Skip to content 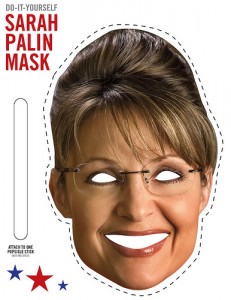 Not to dismiss Shakespeare, but in some cases what’s in a name really does matter. Former Alaska governor Sarah Palin is pushing the boundaries of what it can possibly mean to be a feminist by boldly dropping the f-bomb in a speech to the Susan B. Anthony List, a PAC that supports anti-choice congressional candidates. According to Palin, and some surprising supporters, she has every right to consider herself a feminist–all she has to do is call herself one. Is that all it takes? Can anyone be a feminist, no matter their political agenda?

Granted, there has always been disagreement among feminists on certain issues. I’m thinking here about some of the Great Debates, discussions that still come up with regularity in my women’s studies classroom. These conversations center on issues like prostitution, pornography, religion–or maybe if feminists can wear makeup and high heels. On these issues, it seems to me, most feminists have agreed to continue talking–or have agreed to disagree. These are issues of personal interest and, for the most part, rest on personal values. But on other issues, there is no room for dissent. When it comes to taking away other women’s freedoms, other women’s rights, there is no room for debate. And let there be no doubt, Palin and company are all about making women’s choices for them.

In her speech, Palin focused on her own experiences–first finding out in 2007 that the child she was carrying had Down syndrome, later becoming the mother of a pregnant teen–as touch points in her stance against abortion rights. Because for Palin, her personal experiences are universally applicable. Never mind that she has resources (race, class, education, income) unavailable to many, if not most, American women.

That’s the problem with Palin and those like her who would take away abortion rights. They can’t see that the choices they have made are not necessarily options for someone else. Additionally, they can’t see that no one is asking them to make different choices, only asking that others be allowed to make their own decisions of conscience. When it comes down to it, that is what feminism is about–leaving everything on the table and respecting people enough to make informed choices for themselves.

But some feminists are giving Palin a pass in spite of her anti-choice stance. Los Angeles Times columnist Meghan Daum writes that if Palin “has the guts to call herself a feminist, then she’s entitled to be accepted as one.” That’s it. That’s the criteria. Daum defends her claim with the suggestion that more liberal feminists have dropped the ball, noting that many young women are more likely to adhere to feminist ideals without going so far as to call themselves feminists. Daum suggests that those who align themselves with a more traditional, liberal feminism have only themselves to blame for the current situation: “I’m not surprised Palin has seen fit to seize this dying nomenclature and rehabilitate it to meet her needs.”

That’s just wrong. A movement isn’t built on numbers, it’s built on values. And Palin’s “needs” are garnering votes for a political party that is at odds with the best interests of women.

Jessica Valenti responded to Palin, and those like Daum who support her claim to feminism in a recent Washington Post column, offering a definition of feminism that addresses what they seem to missing, or misunderstanding. Valenti writes, “Feminism is a social justice movement with values and goals that benefit women. It’s a structural analysis of a world that oppresses women, an ideology based on the notion that patriarchy exists and that it needs to end.”

By that, and any other reasonable definition, conservative politicians, particularly those who would deny women reproductive choice, can’t just find the “guts” to call themselves feminists and make it so. Sarah Palin is not a feminist. Feminism isn’t something one can merely claim. It is something one has to earn by virtue of one’s actions, and Palin has done nothing to earn the title.