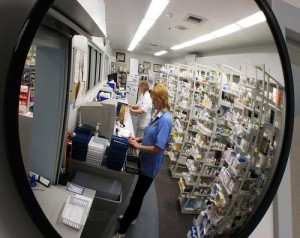 Emergency contraceptive Plan B was first approved by the FDA in 1999, yet many women are still unaware of this safe and effective way to avoid unwanted pregnancy on the “morning after.”

“We must educate women about their options so they can make well informed choices about their reproductive health,” Rep. Slaughter said yesterday. But the bill isn’t only about schooling consumers: All parties involved need to be on the same page.

“Women deserve to have full knowledge of their health care options and doctors and pharmacists need the training to be able to provide it,” said Sen. Murray. Slaughter and Murray are proposing that the Health and Human Services Department, with the help of the Center for Disease Control and Prevention, establish an “Emergency Contraception Public Education Program” to explain EC: what it is, what it does, where to get it and how to use it.

As opponents of women’s reproductive rights continually push their own agenda into the mainstream, even the most basic information about emergency contraception has been distorted. And that’s how Americans get their pills mixed up. Many confuse EC like Plan B, the morning-after pill, with mifepristone, the abortion pill, when in fact, Plan B is more like regular birth control because it’s a hormonal contraceptive that prevents pregnancy. EC can be obtained from the pharmacy without a prescription and, if taken within 72 hours, is as much as 89 percent effective. The sooner, the better, which is why every woman should have a “Plan B” in their medicine cabinet.

But let’s not get ahead of ourselves. Product placement is another battle entirely. Plan B is kept behind the counter, when it should be stocked on the shelf. (Maybe next to the condoms?) I’d argue this arbitrary regulation is a thinly disguised attempt at publicly shaming women who have sex for pleasure rather than procreation–but that’s another blog for another day. Education is still a good start: If more women know about EC, then more voices will be demanding easier access to it.

Above: Photo from Flickr user Dougww under Creative Commons.