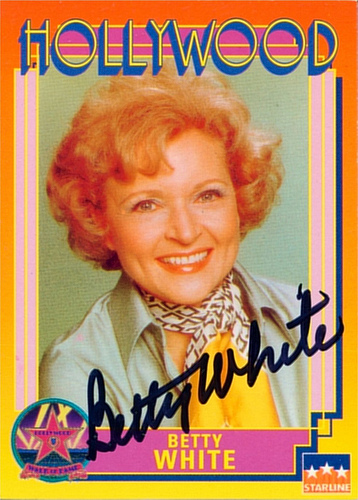 Hot in Cleveland‘s premiere began with three fabulous 40-something best friends on an airplane from Los Angeles to Paris and ended with three fabulous 40-something best friends and one white-haired, track-suit-wearing 80-something (played by Betty White) nestled together on a porch swing in Cleveland. Sure, the new TV Land series has a vaguely familiar plot, with alumnae from your favorite sitcoms, but mixed in with the trite cellulite jokes is some great comic chemistry that’s fun to watch.

As a long-time Golden Girls fan (I wrote an ode to Bea Arthur at age 10), I was attracted to a show that featured an older, all-woman ensemble (Valerie Bertinelli, Wendie Malick, Jane Leeves) headed by TV’s latest “It” woman, former Golden Girl Betty White (whom I’ve been in love with since the eighties, thank you very much). And lately, I’ve been missing my college girlfriends, replaying our shenanigans and reveling in the memory of our camaraderie, so it was definitely a sight for sore eyes to watch women-liking-women instead of the women-hating-women so prevalent and popular on television.

Bertinelli plays recently divorced Melanie Moretti, who has written a bucket list for women (200 Things Every Woman Should Do before She Dies) and decides to live out number 122: “Cash in your miles and fly to Paris with your best friends.” Enter best friends Victoria Chase (Malick), a soap opera actress with multiple marriages under her belt, and beauty salon owner Joy Scroggs (Leeves), whose claim to fame is shaping the brows of Oprah Winfrey. On the plane ride to Paris, Melanie bumps into her estranged husband and believes that fate just might have brought them together. But this is not the case: Estranged husband is headed to the most romantic city in the world with his twenty-something fiancée. As the plane experiences turbulence, Melanie has a mini-crisis, the three friends panic, and the pilot announces an emergency landing in Cleveland.

And so begins the titular journey of being “hot” in Cleveland, where the three best friends enter a bar and realize they are not definitely not in LA anymore because a) men are looking at them, not past them; b) the men are “adorably heterosexual” and pull out chairs, and c) women can eat chili cheese fries and not feel ashamed. After a night out with a ruggedly handsome plumber (a man “who can actually fix things”), Melanie decides she wants to live out no. 72 on the bucket list: “Reinvent yourself,” and immediately leases a home that comes with tell-it-like-it-is caretaker Elka (White).

OK, the plot is full of non-surprises and contains cringe-worthy moments for feminist television spectators. For example, when the women are standing in the middle of the bar like three deer caught in a Cleveland trucker’s headlights, Joy says, “I haven’t felt like a piece of meat in so long,” and they let themselves bask in the gaze of male oglers. Later, Melanie, realizing her ruggedly handsome plumber is married, says forlornly: “I just wanted to feel young and stupid again. Now I just feel stupid.” I can empathize with wanting to feel wanted and beautiful–and whimsical, even–but not so sure on the stupid.

I’m all about reinventing oneself, but I wonder whether the show is going to go beyond the “I don’t want to get old” talk. And I am hoping that Betty White will be more than the kooky and cantankerous octogenarian, providing something other than “When I was your age” advice and an endless supply of hooker jokes.

Nonetheless, White made me laugh hard, and when it comes to sitcoms, I’m easy to please. Just keep giving me women-supporting-women in front of a live studio audience. 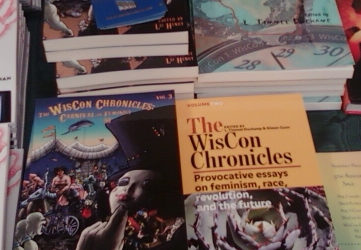 Betty White Isn’t a Feminist, But…