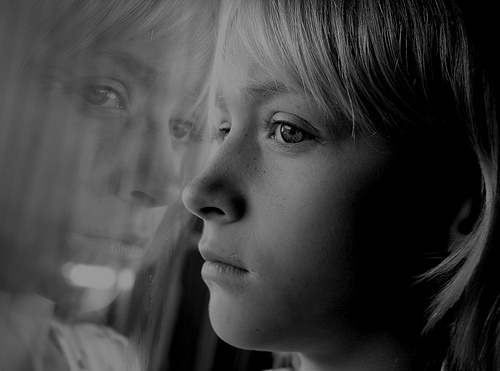 The U.S. State Department just released the tenth installment of the annual Trafficking in Persons (TIP) Report. What’s new in 2010? The removal of one little asterisked disclaimer: “*does not include the United States,” which indicates a very big deal.

That message, which appeared on each report from 2001 to 2009, is gone; the United States now receives a ranking on its trafficking-prevention efforts, like the rest of the world, and victims’ testimonials include domestic accounts like this one:

Harriet ran away from home when she was 11 years old and moved in with a 32-year-old man who sexually and physically abused her and convinced her to become a prostitute. … The police arrested Harriet when she was 13 and charged her with committing prostitution.  They made no efforts to find her pimp. Harriet was placed on probation for 18 months in the custody of juvenile probation officials. Her lawyers have appealed the decision, arguing that since she could not legally consent to sex, she cannot face prostitution-related charges.

The report classifies countries into three tiers based on their compliance with the minimum standards of eliminating trafficking set by the United States in the 2000 Trafficking Victims Protection Act. And these minimums are indeed minimal: that governments have laws that prohibit and punish trafficking, and that they actively pursue trafficking investigations. Predictably, the United States made the most favored first tier. Further rankings could be mistaken for a worldwide popularity contest. Greece and Switzerland are both tier two. Countries like Thailand and India are on a tier two “watch list.” The Congo, Iran and Saudi Arabia are on the third tier.

It’s debatable whether these annual rankings or the international promise-to-try agreement (the 2000 TVPA) are having any effect on the trafficking epidemic. In 2001, it was believed that at least 700,000 persons were being trafficked worldwide. Last year, that number had reached 12.3 million and remained there through 2010.

Women continue to make up 56 percent of the world’s trafficking victims. Why? Depends on the year. In 2001, social and cultural practices that devalue women were to blame. In 2009, women’s social and economic dependence on men was believed to be the problem. Both of these, though true, looked like attempts to remove the “empowered” women of the U.S. from the equation. The 2009 report also said that “in countries where women’s economic status had improved, significantly fewer local women participate in commercial sex.”

But this mindset obscures an important truth: Even in countries like the U.S. with high average incomes, poverty persists and poor populations are still vulnerable to trafficking.

Take a city as (seemingly) innocuous as Toledo, Ohio. According to February’s state report, Toledo is currently number four in the nation in terms of the number of arrests, investigation, and rescues of domestic-minor sex-trafficking victims among U.S. cities (behind Miami, Portland and Las Vegas.) Let that register: Children are being bought and sold for sex in the “heartland” of America–not brought from overseas, but drawn from local populations. Ohio had 1,078 victims under the age of 18 in the last year. The TVPA (and every TIP Report) unequivocally state that all such prostitution of minors constitutes trafficking:

The act defines “severe forms of trafficking in persons” as sex trafficking in which a commercial sex act is induced by force, fraud or coercion, or in which the person induced to perform such act has not attained 18 years of age; or the recruitment, harboring, transportation, provision or obtaining of a person for labor or services, through the use of force, fraud or coercion for the purpose of subjection to involuntary servitude, peonage, debt bondage, or slavery.

The 2010 TIP Report also makes clear that an effective approach to trafficking involves helping, not prosecuting, victims. Celia Williamson, associate professor of social work at the University of Toledo founded the Second Chance program with this rehabilitation method back in 1993. But she still sees victims being treated like criminals elsewhere in her community. She estimated more than half of domestically trafficked women and girls in this country are wrongfully arrested for solicitation, loitering and prostitution. And many adults found prostituting on their own were originally trafficked as children. “[The] country is illegally incarcerating and re-traumatizing [victims],” she said, “so how can we ask these kids to come forward about this underground victimization?”

And while the U.S. has a lengthy prescription for how to combat global trafficking, there is a communication breakdown at the state level. “Even though [the TVPA is] in the federal law, that doesn’t mean anything,”  Williamson said. The Ohio Trafficking in Persons Study Commission found that:

Law enforcement agencies expressed a need for training, indicating they are both unaware of the problem in their communities and how to recognize signs of a victim of sex or labor trafficking or a human trafficking business or entity. … They did not understand criminal justice system procedures pertaining to human trafficking, and are unfamiliar with both Ohio and federal laws.

Given this, of the 11,144 prostitution-related charges in Ohio in the last five years, how many were actually incidents of trafficking?

Internal reports like this cast doubt on whether the U.S. really deserved its cushy tier-one placement. But other research shows at least one group of U.S. lawmakers pushing for progress: A study conducted by Vanessa Bouche, a Ph.D. candidate at Ohio State University and a member of the Greater Cincinnati Human Trafficking Report research team, found that the more women there are on a legislature, the more likely anti-trafficking legislation will pass and be comprehensive.

And, of course, it’s a woman–Secretary of State Hillary Clinton–who has finally included the U.S. in its own anti-trafficking report. She has put the second-largest sex purchaser in the world on the road to recovery–because admitting you have a problem is the first step.