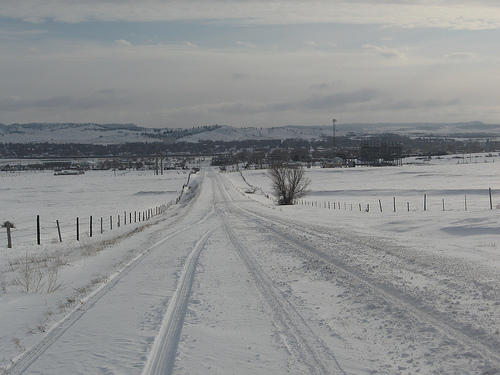 What does “informed consent” from a patient mean to an abortion provider? The following passage comes from the chapter on “Informed consent, patient education and counseling” which appears in a recent edition of the leading textbook on abortion care in the United States, Management of Unintended and Abnormal Pregnancy: Comprehensive Abortion Care:

Informed consent is a legal and ethical obligation…Informed consent includes informing the patient about her medical condition, available treatment options, and the benefits and risks of these alternatives……

…the woman should initially be questioned alone about her decision and afforded an opportunity to disclose coercion. If a patient expresses doubts or misgivings, her options and feelings warrant more extensive exploration.

As the first part of the quoted material makes clear, the expected standard in abortion provision, as with all other medical procedures, is to provide information about the medical aspects of the care to be received, including any risks. The second part reaffirms what has been the cardinal principal of abortion counseling since the beginnings of legal abortion in the U.S. in the early 1970s: The decision to have an abortion must be made by the pregnant woman herself. Finally, the above excerpt contains the straightforward statement that some women presenting for an abortion may need more in-depth discussion of their decision than others do.

Hardly surprisingly, but none of this readily available information about the actual practices followed in facilities providing abortion care seems to matter to anti-choice politicians in their zeal to pass legislation to make access to and provision of abortion care as difficult as possible. A particularly egregious recent example of this is a bill passed in Nebraska this spring, LB 594, the Orwellian-named “Women’s Health Protection Act.” This Act, which has been challenged by Planned Parenthood of the Heartland (which covers both Nebraska and Iowa), stipulates that before a patient can receive an abortion, she must be evaluated to “identify any compulsion to consent to the abortion,” as well as be screened for a variety of “risk factors.” The former is harmless enough, as abortion regulations go, since abortion providers already ask patients about coercion. It is with the mandated screening for risk factors that things get surreal—and for providers, impossible to fulfill.

The Act goes on to say that such “information on risk factors shall have been published … in … peer reviewed journals.” This requirement is simply absurd. To actually fulfill the vaguely stated demands of this law, abortion providers would have to review hundreds of articles, many with ambiguous if not outdated or irrelevant findings, and figure out how to apply these studies to their patients. For example, as recently pondered in the Omaha World Herald, would providers have to take into account a study in Nigeria that concluded Protestant women ran a higher risk of heavy bleeding after abortion?

The most serious problem with this deeply cynical law (which calls for thousands of dollars in fines for providers who do not fully comply) is that so much of abortion research is highly contested. This is especially true in the area of alleged mental health effects of abortion. The antiabortion movement has for years waged a campaign to prove that abortion leads to mental illness—the so-called “post-abortion syndrome”—and researchers associated with the movement have managed to place articles making this claim into various peer-reviewed journals in spite of repeated refutations of this syndrome by mental health professions. “Peer reviewed journals” it should be noted, refer to hundreds of publications with vastly different reputations in the medical community. Should this law go into effect, an antiabortion lawyer seeking damages for his or her client presumably would have little trouble locating a journal article somewhere that demonstrated a “risk” that the abortion provider ignored.

Not only is Nebraska’s Women’s Health Protection Act impossible for providers to comply with, but this legislation is unnecessary. With respect to physical health, the excellent safety record of abortion since Roe is well documented. With respect to mental health, one of the best predictors of a woman’s mental health status after an abortion, psychological experts have concluded, is her mental health before an abortion. Moreover, as I found while researching my recent book Dispatches from the Abortion Wars, U.S. abortion providers take seriously the message contained in the textbook chapter on abortion counseling quoted at the beginning of this post: some portion of abortion patients merit further discussion of their abortion decision and may not be suitable candidates for an abortion at the time of their initial clinic visit.

One of the abortion providers whom I observed and subsequently wrote about is Lee Carhart, one of the few remaining abortion doctors in Nebraska. Dr. Carhart is well-known and controversial beyond that state as well: he was the lead plaintiff in two Supreme Court cases challenging the ban on so-called “partial birth abortions,” and formerly worked part-time with Dr. George Tiller in Kansas before the latter’s assassination in 2009. It is widely believed that yet another recent Nebraska law, which bans all abortions after 20 weeks gestation (on the basis of scientifically inaccurate claims of “fetal pain”) was intended specifically to limit Carhart’s practice.

At a workshop called “Your Role in Promoting Post-Abortion Well-Being” held during a national conference of reproductive health clinicians, I heard the physician and his wife Mary both speak of the importance of the abortion patient “owning her decision.” That is, she must enter the abortion experience with both knowledge and acceptance of what she is doing. Similar to many other providers whom I have interviewed, the Carharts ask each of their patients to fill out a questionnaire, asking such questions as “Whose decision was it for you to have an abortion?” Patients are also asked to circle words that best describe how they are feeling about their abortion and how they anticipate feeling afterwards. The small number of patients whose answers raise red flags to staff are given additional counseling, and are often sent home to further consider their options. As Dr. Carhart says of a hypothetical patient who displays a worrisome level of ambivalence, “She doesn’t have to decide today.” Most of those sent home and urged to think more about their decision return later to the clinic; some don’t.

Whether upheld or not, Nebraska’s “Women’s Health Protection Act”–like similar laws passed recently in various states–serves useful functions for the antiabortion movement. They exert a chilling effect on some young physicians who contemplate offering abortion care. And, proponents fervently hope, one of these restrictive laws may some day reach the Supreme Court and possibly become a vehicle to reconsider Roe. But even if such laws are ultimately overturned, they reaffirm to the public the controversy and stigma surrounding abortion. Furthermore, laws like Nebraska’s help reinforce untruths about abortion, such as the validity of post-abortion syndrome. One thing is clear—its name notwithstanding, this law does nothing to protect women’s health.

Photo of Nebraska in winter from Flickr user Miles B. under CC 3.0