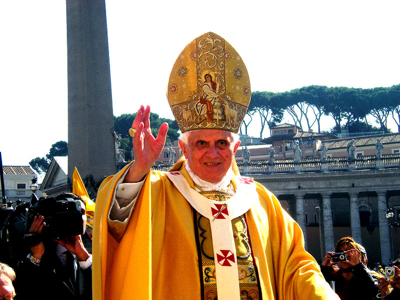 VATICAN CITY: The Vatican has deemed the ordination of women priests a crime comparable to heresy and even sex abuse by priests. The Church still isn’t doing too well on the latter front, as the head of a U.N. panel has said that the Vatican’s report on child rights is nearly 13 years overdue. Attempting to still the scandal mill, the Church has released new rules that would make punishing molesters easier. The statute clearly defines and condemns abuse, as well as nearly doubling the previous statute of limitations (victims can now prosecute  their abuser for up to 20 years after their 18th birthday).

Unfortunately, critics doubt that tightening clerical oversight will have significant impact on widely dispersed parishes. And the rule does not oblige reporting of sexual abuse to civil tribunals, an omission that noted Vatican watcher Marco Politi found “puzzling and dismaying.” The Church approved the “stricter” rules in the same session in which they did away with woman priests, calling their apparent reform efforts into question.

ARGENTINA: Argentina became the first Latin American country to legalize gay marriage. Narrowly passing through the Senate, the bill comes after a long battle between Church and State in the highly Catholic country. Sen. Norma Morandini compared the oppression of LGBTQIA people to the totalitarian regimes imposed on the Argentinian people. “What defines us is our humanity, and what runs against humanity is intolerance,” she said. Same-sex civil unions are already legal in Buenos Aires–the first Latin American city to legalize the unions–and in some other provinces.

GUATEMALA: Due to Guatemala’s high rates of femicide, a California appeals court is considering allowing Guatemalan women to seek asylum in the U.S.

SCOTLAND: Scientists believe they have found the gene responsible for the spread of an aggressive form of breast cancer, HER2-positive. It is currently treated with the drug herceptin, but scientists hope the discovery will eventually allow them to develop a new treatment. HER2-positive represents about 20 percent of all breast cancer cases.