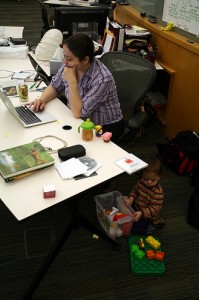 Recent reports by the Center for American Progress (CAP) and The Institute for Women’s Policy Research (IWPR) have exposed the truth about unmarried women’s economic security, and it’s appalling.

Today’s gender wage gap has been reported to be as small as 19 percent, but for unmarried women the gap has proven to be much, much wider. The CAP report, a collaboration with Women’s Voices. Women Vote, explains:

Unmarried women fare worse than married women and all men in wages, earning on average 56 cents to the dollar of married men’s average earnings.

If that isn’t aggravating enough, in some states the gap extends further.

Pennsylvania was spotlighted during a study conducted by The Women and Girls Foundation (WGF) and the Institute for Women’s Policy Research (IWPR) measuring the effects of women’s marital status on their economic status in the Pittsburgh Metropolitan Statistical Area and Pennsylvania as a whole.

As you can see in these charts created by IWPR, the results were disturbing in their inequity:

Unfortunately, the answer is age-old and includes gender discrimination, poor job access and poor overall health care. Women are working low-wage jobs inadequate for supporting themselves, let alone a family, even though “one-fifth of families with children are headed by a working single mother.” Race and sexual orientation play a role in diminishing earnings even further, and current economic conditions add fuel to the fire. And a  fact often overlooked is that children aren’t the only ones single working women provide for: Caught in a “sandwich generation” they must sometimes be sole caregiver to both their children and their parents.

The CAP and IWPR reports have listed policy recommendations which include boosting:

–Education and training, especially in nontraditional lines of work

–Affordable healthcare and childcare subsidies, along with paid leave and greater work flexibility

–Financial protection from the credit market

–Affordable housing, while protecting renters and helping the homeless

Improvement in all areas is in our grasp, and women can incite the closing of the gap by going straight to the source: our policy-makers. It’s time to use our fervent work ethic to continue to uncover the subtleties of discrimination and demand more comprehensive legislation to remedy it.

Forcing Thousands of Teens to Parent in a Post-Roe Nation