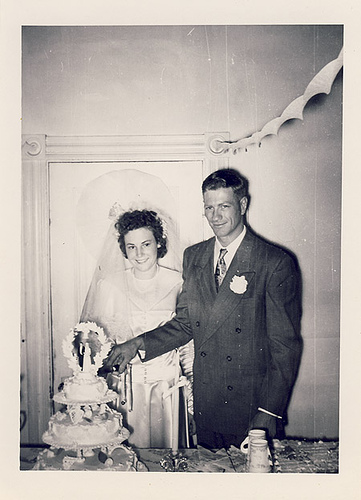 Americans in the early Cold War period were not having good sex, apparently.

At this time, many psychiatrists, marriage counselors and gynecologists worried that women were failing to perform in the bedroom. Research has shown that they saw “frigidity”–which was largely defined as a woman’s inability to have a vaginal orgasm with her husband–as a culprit in the breakdown of the contemporary marriage and family unit.

As Dr. William Kroger and Dr. Charles Freed wrote in a 1950 Journal of the American Medical Association (JAMA) article:

Many women not only experience no pleasure, but actually suffer pain and revulsion [during coitus]. This fact assumes added significance from a sociological and religious aspect because of increasing extramarital promiscuity and the present high divorce rate.

Ironically, the problem of “frigidity” had little to do with a woman’s ability to enjoy sex. Several medical experts, such as Dr. Wilfred C. Hulse, argued that “frigid” women are capable of experiencing orgasms. Hulse wrote in a 1952 JAMA article:

While some authors like Dr. Frank S. Caprio suggested that husbands played a significant role in bringing their wives to orgasm–he argued that domestic abuse or mistreatment may be a factor in the problem of frigidity, for instance–most authors seemed to place the burden of vaginal orgasm on the wife. A wife’s inability to experience requisite vaginal orgasms was a “problem” that could be “cured” through counseling, sex coaching or other forms of psychotherapy.

As Joan Malleson, a clinical assistant in the University College Hospital obstetrics department, explained in 1951:

If the physician cannot, for practical reasons, recommend psychotherapy, he should do his best to explain that the handicap is intrinsic, is not dependent on the husband, and that the woman would almost certainly carry it with her even if she sought to change her sexual partner.

The musings of these medical experts may seem absurd and outmoded today, but they are worthy of mention simply because they exemplify the means by which our ideas about sexual “normalcy” may be constructed through various cultural apparatuses. Just a few decades ago, the Kinsey Reports, which revealed the prevalence of homosexual activity, premarital sex and extra-marital sex among Americans, and which found that clitoral orgasms are on a par with vaginal orgasms, were shocking because they undermined the assumption that vaginal penetration is emotionally significant for women.

Kroger and Freed lamented that many women go untreated for frigidity and thus would “remain in lifelong ignorance of the fact that coitus can culminate in orgasm” because of a failure to make the crucial psychosomatic transmission from clitoris to vagina (526). Kroger and Freed even cautioned that women may go so far as to fake their orgasms in order to hide an underlying “neurotic frigidity.”

Husbands need not be duped by their wives ploys however, if they learn how to detect the authentic vaginal orgasm, the authors suggested.

The man can easily be deceived by a clever woman in many things, including the alleged pleasure in intercourse. [The husband should know] that in only one thing is the wife completely helpless, and that is in controlling the involuntary contractions of the pelvic and perineal muscles that take place at the end of the sex act. This should be the sole criterion to use in determining the presence or absence of orgasm. (Kroger & Freed, 529).

The orgasm-detecting husband, the authors seemed to argue, was entitled to complete information about his wife’s sexuality, presumably so that he may help her come to terms with her own sexual or psychological inadequacies.

Medical experts stressed the importance of gender performance for both men and women–men who failed to “bring home the bacon,” to get married, or otherwise failed to live up to “masculine” ideals, for example, risked being labeled as irresponsible or effeminate–but these experts seemed to emphasize the importance of “normal” sexuality among women in particular. Why?

University of Rhode Island lecturer Miriam Reumann has said that medical authorities saw women’s sexual behavior as a crystal ball of sorts that “indicated the state of the nation’s morality and culture and offered valuable clues to its future” (90). Medical experts such as Kroger, Freed, Bergler and others saw a vital connection between familial life (with a good, sexually satisfying marriage at its center) and national stability, according to such researchers as Reumann, Elaine Tyler May and others.

During the war, promiscuous American women were considered to be a threat to national security because they had the potential to contaminate American soldiers who were fighting in the war with sexually transmitted diseases like syphilis. The idea was that if the bodies of these soldiers were weakened, then they would be more susceptible to obliteration by enemy forces.

While Cold War medical experts did not explicitly control women’s sexuality in the same way that the U.S. Public Health Service controlled sexuality through forced detention (yes, the U.S. Public Health Service forcibly hospitalized and treated “loose women” for venereal diseases during the war, John Parascandola wrote in a Bulletin of the History of Medicine article last year), these medical experts attempted to contain women’s sexuality through an “othering” of normal sexual behaviors like masturbation and premarital sex. In “curing” women of their sexual maladjustments through psychotherapy  and premarital examinations, medical experts were attempting to backpedal on women’s progress. They were putting women in their place: out of the workforce, out of the back seat of the automobile and into the safe confines of a suburban bedroom.

Read Part 1 of Amy Williams’ look at gender roles in the 1950s here.

Above: A found photo of a 1950s wedding. Photo courtesy of Flickr user foundphotoslj // CC 2.0. 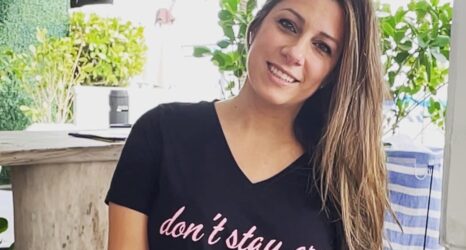 ‘Don’t Stay’: Nonprofit Founded by Survivor of Domestic Abuse Works to Support Others and Raise Awareness