Will Diane Denish or Susana Martinez Be the First Woman Governor of New Mexico? No! - Ms. Magazine
Skip to content 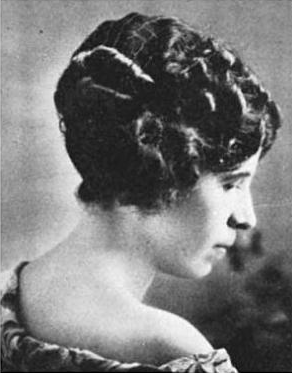 The highly contested gubernatorial seat of New Mexico will end in either Democrat Diane Denish, the current two-term lieutenant governor, or Republican Susana Martinez, district attorney for the 3rd judicial district, becoming the next governor of The Land of Enchantment. But neither, contrary to both parties’ platforms and statewide news reporting, will be New Mexico’s first woman governor. That honor was long-ago bestowed on another woman, Soledad Chávez Chacón (1890-1936), who was New Mexico’s and the United States’ first acting woman governor for two weeks in 1924.

Sure, “acting governor” might seem like a technicality, but considering that women had only received the right to vote in 1920 and had only won the right to run for and hold public office in New Mexico in 1921, Chacón’s appointment to the position is an important and often overlooked aspect of U.S. women’s history.

Soledad Chávez Chacón, or “Lala” as she was affectionately known, was born in Albuquerque in 1890. Raised middle-class in a prominent and political Hispano family, Chacón was afforded the privilege of an education. She graduated from the Albuquerque College of Business in 1908, four years before New Mexico became a state. Because of her education and activism in civic, literary and service organizations such as el Club Literario, the Women’s Club and the Minerva Club, Chacón was encouraged by Democratic power brokers of the time to get involved with state politics. In 1922 she was nominated and elected secretary of state–the first woman elected to state office in New Mexico. Her first act was to hire an assistant–a position her husband reluctantly accepted.

In 1924, a constellation of events–including her ability and readiness–provided the opportunity for Chacón to act as governor of New Mexico. Governor James Hinkle was set to attend the Democratic National Convention in Washington, D.C., when Lieutenant Governor José Baca unexpectedly died. As secretary of state, Chacón was next in line to be acting governor. Many men sought to block Chacón’s appointment, but supporters stepped forward to assure it. Though she was not in a position to dictate policy, she was the state’s leader for two weeks, during which time many people made their way to the capital in Santa Fe to acknowledge and congratulate Govenor Chacón. After her brief stint as governor, she went on to be re-elected secretary of state, then state representative in 1934. Her promising career ended abruptly when she died in 1936 after complications from surgery.

As we approach the electoral season that will name a woman to a full-term gubernatorial position in New Mexico, it is important to recall those women who paved the way. Soledad Chávez Chacón embodied how the struggles for suffrage inevitably flung open the gates to elected public office for women. In this contemporary moment, when issues like the ongoing struggles for reproductive rights, partner benefits, affordable higher education and against such divisive anti-immigrant policies as Arizona’s SB1070 are at the forefront, whichever woman is elected governor of New Mexico will hopefully continue the legacy of Chacón and the ongoing struggle for women’s rights.

ABOVE: Photo of Soledad Chávez Chacón from Latinas In the United States: A Historical Encyclopedia.

ARTivist: writer, artist, activist and educator. I am originally from Española, NM in northern New Mexico. I am Assistant Professor of English and Chicana/o Studies and was recently named the Interim Director of Equity and Diversity at Northern New Mexico College.