Latinas and The Pill: From Racism to Bicultural Growing Pains - Ms. Magazine
Skip to content 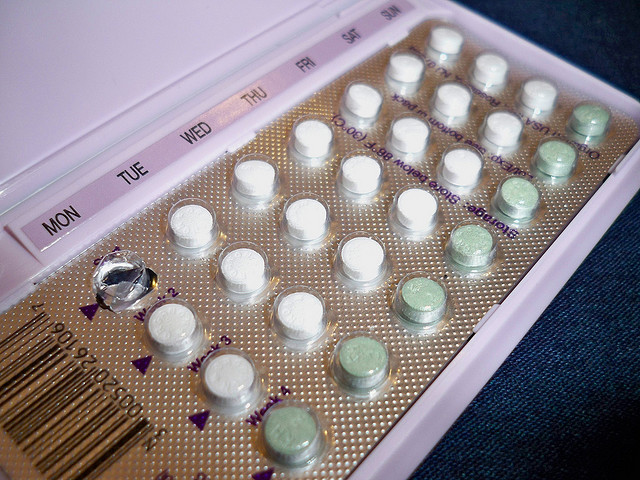 The Pill and condoms are my (combined) contraceptives of choice, although I have used spermicidal film inserts, spermicidal foam and the morning-after pill. I’m virtually inundated with options. But what if I had an accent? Or didn’t speak English? How would that affect my ability to obtain contraception?

My own mother’s tale is telling. The day after I was born 31 years ago in Topeka, Kansas, my 24-year-old mother–an immigrant from Ciudad Juarez, Mexico–was informed that her doctor would be “tying her tubes.” She had never requested this and was shocked. Despite not being fluent in English, she did manage to stave off this unwanted, beyond-belief action. When she showed up for her next annual exam, the doctor once again tried to administer the procedure, known as tubal ligation.

Stories like this are stark reminders about the far-reaching effects of racism and sexism combined. While my mother and I are only one generation apart, it’s easy to understand her mistrust of the medical profession and her desire for privacy in personal matters.

With the little English that she knew, she waged a battle for her right to reproduce–not on the streets, not at an abortion clinic, but at a hospital. She felt ashamed, embarrassed and alone. To me, her treatment seems abusive.

I asked her recently, “Did you have access to the Pill? Did you discuss these topics with your girlfriends? How did you feel about what are now referred to as pro-choice and ‘pro-life’ positions?” After answering “no” to the first two questions, she offered this general response to the third:

Many things have changed. I didn’t even know how babies were born when I had you. Now there’s so much information, clinics give out free condoms, schools offer sex education and now people seem to be more open about these topics. We now know how to plan our lives. And there was no morning-after pill. Even after I had access to the Pill–not until after giving birth to you–I still had no idea how to properly use contraceptives. There was no literature in Spanish.

Although many Latinas now have access to previously unavailable assistance for exercising their reproductive rights, there is still the looming threat of violations. One of the most inhumane recent examples concerns the infamous Sheriff Joe Arpaio of Mariposa County, Arizona, the state currently distinguished for AZ SB 1070: Under his jurisdiction, an immigrant woman was forced to deliver her baby while shackled.

What would it have been like to get pregnant in high school, another institution that may be understood as a site of cultural intersections? Last year, Jezebel’s Megan Carpentier posted a response to a poll about the “disconnect” between Latinas’ high goals for education and careers and the high rate of teen pregnancy among them, roughly double the national rate. On the one hand, it reminded me about the lack of contraceptive education that Latinas were gaining at home. But on the other hand, is it really still necessary to take a poll in order to discover that Latinas have goals in life? This also begs the question: why such high dropout rates?

My mom is right: Young Latinas have materials available to them that they would not have had just 30 years ago. Yet culture maintains an even stronger influence in making decisions about how to live out our desires and dreams. This can be a lot for young women who are experiencing bicultural growing pains. Navigating self-esteem, a sense of morality and negative Latina stereotypes is no easy voyage. But speaking more openly about the less confident moments growing up can create opportunities to ask more, prepare more and be more authentic with ourselves despite clashing influences.

Visit http://latinainstitute.org/LatinaWeek4RJ and vote for contraception to be included in health care reform here.