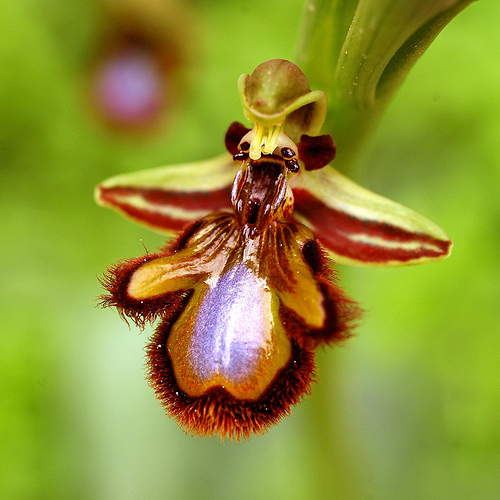 I’m officially a woman now. I’ve had my first annual visit to the gynecologist. I’ve been putting it off, even though doctors recommend a woman start getting exams when she turns 18 or becomes sexually active. (And both those ships have sailed for me.) As a feminist journalist, I spend much of my time eagerly discussing women’s health issues, but I personally avoid medical care like the plague.

I’ve had a “do-it-yourself” approach to my health, which I’ve gotten away with because I’m young and lucky. I’m well-versed in the mechanics of birth control, the menstrual cycle and what is normal for my body. I’ve never had any problems, and I’ve only had protected sex.

But when I mentioned to my girl friends that I’d never had a gyno visit, they were shocked. I’ve also read up on cervical cancer, and I don’t think I can order a home Pap smear kit. So I bucked up, called my mom, and asked her to make me an appointment during the week I’m visiting home before I go back to college.

I tried not to think about the impending appointment. I’ve heard lots of terrifying stories involving phrases like “cervical clamp” and “pelvic ultrasound.” I knew it had to be done, but I didn’t expect it to be fun. I also didn’t think to ask my mom for a woman doctor, so I would be seeing a middle-aged man instead. Great.

My dad drove me to the clinic, because he had the day off and he is awesome. He stayed in the waiting room, leafing through Parenting magazine, while a nurse led me back to the exam room and told me to shuck everything and put on a hospital gown. Everything? Man, I usually have a drink with the guy first.

I waited for the doctor while paging through Real Simple, the only magazine in the room besides Baby and Conceive. At this point in my life, babies are scarier than Saw III.

At last the doctor came in, and I instantly got too nervous to say all my smart-ass comments. “Are you sexually active?” he asked. Not nearly enough, I thought. “Um, yes,” is what I said. “Er, it’s been a while, but maybe I will be again soon.” We had a brief discussion about birth control and Gardasil (I plan on getting both.)

And then it was time to put my feet up and do the awkward butt-scootch into position. I was glad when a friendly, motherly-looking woman nurse came in during the actual exam. The long-awaited event itself wasn’t too bad, actually. Kind of unpleasant, but brief. Just like when I lost my virginity!

I can’t specifically describe the poking and prodding of my ladybits, because I was distracting myself by telling the nurse about the difficulties of finding parking in Los Angeles. After all was said and done, I headed out to the waiting room and found my dad.

“I’ve been watching all these pregnant teen girls come in with their moms,” he said.

“Those girls didn’t get good sex education,” I said, switching back into feminist-analysis mode.

Leaving the clinic, I thought about how lucky I am. Thousands of women around the world die every year because they don’t get Pap smears. As much as we all complain about how going to the gyno sucks, it’s good to remember that we women with access to health services are privileged. Having insurance and getting good preventative care is a better status symbol than any Porsche could ever be. So I will not neglect to make my appointment for this time next year.

Image above of the orchid “ophrys speculum,” from Flickr user trebol-a under license from Creative Commons 2.0.