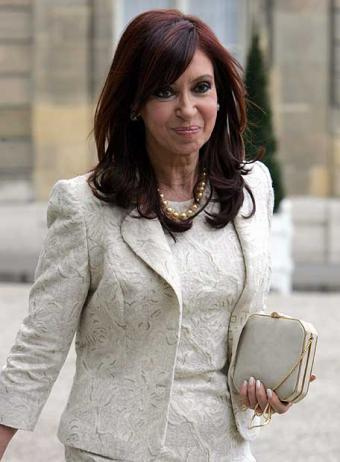 In the land of gauchos, pampas, the tango, grilled beef, Evita and now legal same-sex marriage, unsafe abortion is the leading cause of maternal mortality. In 2008, more than 20 percent of deaths resulting from obstetric emergencies were caused by unsafe abortions, according to a report issued by Human Rights Watch.

The administration of Cristina Fernandez de Kirchner, Argentina’s first woman president, has adopted a “don’t cry for them” policy, and cavalierly denies her sister citizens their reproductive rights. In July, her health minister, Juan Luis Manzur, signed a resolution that would allow abortions for rape victims without requiring a police report–only to issue a statement on July 30 saying that he had not signed it and that the government was “against abortion.” He said the president felt the same way.

There had been some hope about President Fernandez de Kirchner’s position on abortion because she’s a women. But she has firmly stated on numerous occasions that she has “always been against abortion.”

The Catholic Church has enormous influence in Argentina, where 91 percent of the population is Catholic, and it opposes not only abortion but birth control and sex education, keeping the laws on the books from being enforced. The president and Argentine congress faced down the Church when they voted to authorize same-sex marriages. Why can’t they summon the same resolve to act in the best interests of women and girls whose lives are at stake?

These anti-abortion policies are not benign–there are victims. Official figures estimate that 40 percent of pregnancies (500,000) per year end in illegal abortions. Each year about 68,000 women enter public hospitals due to complications from unsafe abortions, and about 100 of those women will die.

I’ve often heard anti-choice mourning about the prevented birth of another Einstein or Gandhi. But what about the loss of a talented woman who dies from an illegal abortion? Or what happens to a young woman who can’t continue her education due to an unplanned pregnancy and is doomed to a life of poverty or trapped in a violent relationship because she’s economically dependent on a man? How many of these women could have been president (albeit with better politics than Fernandez), doctors, ministers of health, teachers, composers or scientists? Of course they couldn’t have been priests, but that’s another issue.

The Catholic Church, President Fernandez and anti-choice activists everywhere don’t want to hear about a woman’s life and potential. It’s only the fetus they imbue with a future.