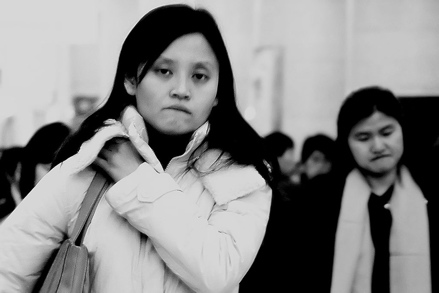 If subtle gender biases can influence hiring decisions, what can women do about it? Here are some ideas:

1) The illegal interview question: know how to respond. Many hiring interviews are unstructured, so it is impossible to say how frequently hiring managers ask sensitive, gendered or downright illegal questions. I like career expert Ronald L. Krannich’s advice for handling invasive or gendered questions like “What childcare arrangements have you made?” or “Are you living with anyone?” or “Are you willing to put career interests before self interests?” In a Washington Post article, Krannich wrote:

Do not be afraid to inject humor into your replies; it can sometimes relax the formality of the situation. Also, don’t be afraid of a little confrontation, especially when you know you are correct. You might respond: ‘That’s a (great) (strange) (different) question. No one has ever asked me that before. Why did you?’ You are attempting to determine why the interviewer is asking such a question. If you know why, then you can reply with an appropriate answer. Most often the interviewer will let it drop and move on to a reasonable question.

Some hiring managers might make personal inquiries because they are genuinely interested in forming human connections with applicants. For this reason, career counselors recommend that interviewees stay positive when speaking with hiring managers, lest they appear overly suspicious. Job seekers who think that they’ve been unfairly discriminated against in the hiring process can file a complaint with the Equal Employment Opportunities Commission.

2) Learn about subtle sex discrimination. Sex discrimination rarely comes in the form of a smoking gun, simply because employers know that overt sexual harassment is illegal. And stupid. Even so, gender bias continues to impede women’s access to good jobs, development opportunities and promotions. These biases can have devastating consequences: They contribute to poorer morale among workers and higher turnover, and can even undermine the interview process.

Women who experience subtle sexual harassment during job interviews, for example, are far less likely to impress hiring managers, researchers Julie A. Woodzicka and Marianne LaFrance found in a recent study. Women who were asked questions like “Do you have a boyfriend?” were judged to be less articulate and less competent in their responses than those women who were not asked questions of a sexual nature. The authors wrote:

3) Reform the PDA: The Pregnancy Discrimination Act of 1978 made it illegal for employers to fire, demote or refuse to hire pregnant women. The PDA was an important step for women, but it has not done enough to eliminate pregnancy discrimination in the workplace. National Advocates for Pregnant Women (NAPW) pointed out a few of the PDA’s fatal flaws in this report [pdf]:

• The PDA does not require employers to provide disability leave or medical coverage for pregnant employees
• The PDA does not apply to employers of fewer than 15 people, or to women who work part-time.
• The federal government, private clubs and religious organizations are exempt from the PDA.

Of course, legislation can only go so far in changing cultural perceptions of pregnant women and women with children. Allegra Fishel, an employment discrimination lawyer, told Ms., “It’s pretty much common knowledge that if you look pregnant you’re not going to get the job.” Employers tend to view women, those who are pregnant and those who have children at home as potential economic burdens. Not only that, but women with children tend to be seen as less competent by male and female colleagues alike.

4) Think critically. It’s imperative that we explore the limits of our own culture and ask questions like: How does our current economic system limit women’s ability to succeed in the workplace? Why are ‘masculine’ traits so often valued above ‘feminine’ ones? How can we resist discriminatory attitudes and behaviors?