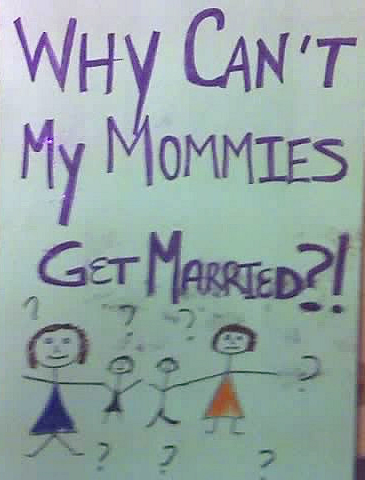 The three judges on the court will conduct a hearing the week of December 6 to decide if U.S. District Judge Vaughn Walker’s (resoundingly feminist!) ruling to overturn Proposition 8 was constitutional.

So the plot in what Audrey Bilger calls a Gothic novel of a legal saga thickens. Same-gender marriages are not likely to resume until the case reaches the appeals court, or even the U.S. Supreme court.

Stay tuned for the next chapter: Will the villains, www.protectmarriage.com, have the legal standing to continue to defend Prop 8?