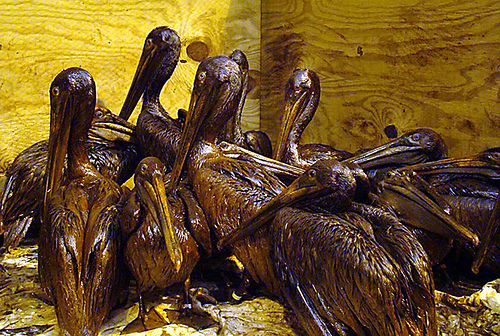 Is the IV Bag half-empty or half-full? Theda Skocpol, the author of a forthcoming book on President Barack Obama’s health care reforms, argues in The Nation that progressives are underrating reform.

Skocpol urges progressives to get over their disappointment over the lack of a public health insurance option and rally around the president to support health care reform in the midterm elections. Skocpol maintains that, for all its flaws and limitation, the Affordable Care Act will be a powerful antidote to rising inequality in American society:

[T]he White House certainly had to make choices about what to emphasize in the brief time it likely had to make headway. The administration chose comprehensive healthcare reform and a few other measures with profound economic import—and those will make an enduring difference for millions of ordinary Americans.

In The American Prospect, Jonathan Cohn warns of a potential loophole in the health care reform legislation. In theory, health insurers are now required to do various things they find unpalatable (read: less profitable), like making sure that all plans cover a basic array of treatments and limiting out-of-pocket expenses.

However, Cohn notes, the law allows for “grandfathering” of existing health care plans that don’t meet the new standards. It’s up to the Secretary of Health and Human Services, Kathleen Sebelius, to interpret what the grandfathering clause means in practice.

In June, the Secretary issued an interim ruling that existing health insurance plans will only be subject to the new rules if employers make significant changes in the coverage—such as dramatically increasing deductibles. If employers try to slash benefits or hike rates on their existing plans, they will lose the privilege of the grandfather clause and become subject to the tougher new rules.

The federal government can only do so much. Suzy Khimm of Mother Jones wonders who will keep insurers in line at the state level, the front lines of health care reform. She notes that 13 states don’t have the legal authority to scrutinize excessive rate hikes, like the 39% jump in premiums that insurer Anthem proposed last year.

Some states are taking the new regulations and running with them, but others are still fighting health care reform in the courts. This state-level recalcitrance is a major potential stumbling block. As Jonathan Cohn argued in his Prospect piece, health care reform will only work if it changes the behavior of insurers nationwide. State-level foot-dragging could be a serious threat to the success of the initiative as a whole.

Untested dispersants in the Gulf

You can’t see most of the 4 million barrels of oil that BP spilled in the Gulf of Mexico, but that doesn’t mean the oil isn’t there. Researchers at the University of Georgia estimate that 70%-79% of it is still in the Gulf, hidden in the water column or on the seabed. As Kate Sheppard explains in Mother Jones, the oil is invisible because of chemicals known as dispersants.

So far, BP has released over 1.8 million gallons of these chemicals into the Gulf. These substances have never been tested for safety. Sheppard explains that the public isn’t even legally entitled to know exactly what’s in Corexit and other dispersants because the formulas are protected by trade secrets. When pressed, the maker of Corexit admitted that the fluid contains 2-butoxyethanol, a chemical that can cause kidney damage.

Julie Zeilinger of the Ms. Magazine blog reacts to the news that 12,000 American teenagers received botox injections last year, a 2% increase from 2008. Botox is used to paralyze muscles—sometimes for medical reasons like neck spasms and twitchy eyelids, but also for cosmetic purposes, like erasing wrinkles.

Teens don’t usually have wrinkles, but that doesn’t stop enterprising cosmetic surgeons from figuring out how to sell them botox injections to relieve other body image anxieties. Some teens are using botox to make their faces look less round.

As Zeilinger says, it’s not so much the procedure itself that’s cause for alarm, but rather the underlying lack of self-esteem that these doctors are capitalizing on. I don’t know if teens are more insecure about their looks today than they were a generation ago, but cosmetic surgeons are busily developing techniques to exploit that insecurity.

This post features links to the best independent, progressive reporting about health care by members of The Media Consortium. It is free to reprint. Visit The Pulse for a complete list of articles on health care reform, or follow us on Twitter. And for the best progressive reporting on critical economy, environment, health care and immigration issues, check out The Audit, The Mulch, and The Diaspora. This is a project of The Media Consortium, a network of leading independent media outlets. 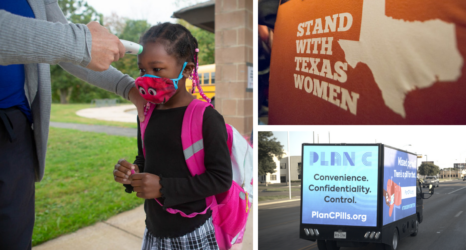 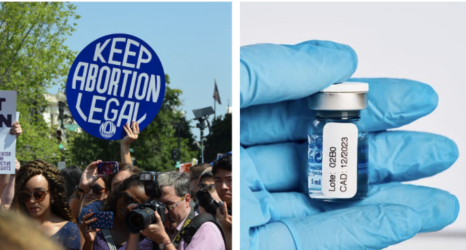 The Weekly Pulse: The Fight for Abortion Rights Continues; The Problem with Booster Shots