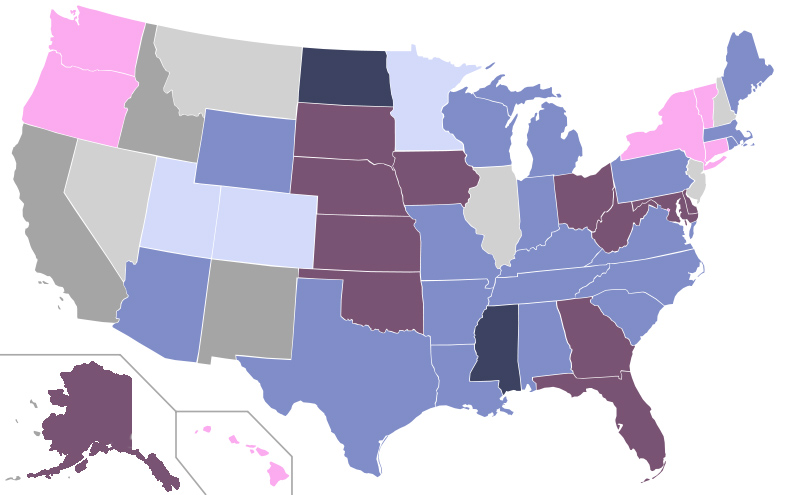 Yesterday, the Alaskan primary ballot included a measure to institute a parental notification law for minors seeking abortions. Unfortunately, the law passed. So what are the ramifications of this election? Let’s take a look at some facts:

What about access to abortion? It is likely that implementation of this law would greatly limit the capacity of minors in Alaska to access abortion; this would exacerbate the current situation in which 23 percent of women in Alaska live in counties with no access to abortion. (The national average is even worse: 33 percent of women live in counties with no access to abortion.) Abortion access in Alaska is further complicated by the already-in-effect mandate that women seeking an abortion must undergo state-directed “counseling,” which is designed to discourage women from having an abortion.

What about parental abuse? The law does provide an exception that allows minors to obtain an abortion without parental notification under the following conditions:

The bill also allows the minor to go to court to authorize an abortion without giving notice to her parent or guardian. The minor could ask the court to excuse her from school to attend the hearings and to have the abortion. The court could direct the school not to tell the minor’s parent or guardian of the minor’s pregnancy, abortion, or absence from school. The bill allows a minor who is a victim of abuse by her parent or guardian to get an abortion without notice or consent. To do this, the minor and an adult relative or authorized official with personal knowledge of the abuse must sign a notarized statement about the abuse.

The obvious problem with these conditions is that they require the signature of an adult with “personal knowledge of the abuse.” Should an abused teen not have a relative or authorized official in their confidence,  fear of violence may cause pregnant minors to seek illegal abortions or travel to distant states with less stringent abortion laws. Additionally, while on paper the legal process of getting an exemption from the law seems straightforward, cases in other states with parental notification laws in place have shown that the process can be much more complicated.

Due to the hoops this law asks a minor to jump through in order to to get an abortion, it seems that the law is designed not to protect a minor’s health but to limit teen abortions.

The No on 2 website touches upon the issue of family violence in the ads they’ve posted on their homepage: