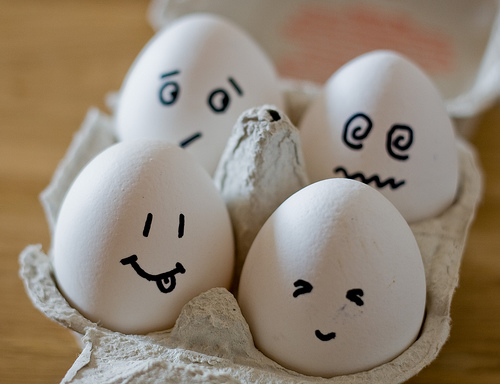 This week, it’s not just eggs that are doing the salmonella infecting, women are having DIY abortions along the U.S.-Mexico border, and in Minnesota, Tim Pawlenty would rather shell out major cash than have comprehensive sex education. Read about it in Lindsay Beyerstein’s weekly health round-up at The Media Consortium.

Women on along U.S.-Mexico border are buying black market misoprostol to induce abortions, according to a new report by Laura Tillman in the Nation. The drug is easily available over the counter in Mexico.

DIY abortion is cheaper—a bottle of misoprostol costs can cost as little as $70, a fraction of the price of a medical abortion. The DIY approach can also be more convenient and private. One abortion provider told Tillman that about 20% of his patients tried misoprostol before coming to see him.

He estimates that many others took the drug successfully. Misoprostol is about 80%-85% effective when used as directed, but if it doesn’t work the woman needs immediate medical help. Potential complications include severe bleeding and uterine rupture. For more information on misoprostol abortions, see last week’s edition of the Weekly Pulse.

As the bumper sticker slogan goes: If you think education is expensive, try ignorance. Republican Gov. Tim Pawlenty of Minnesota bought some very expensive ignorance this week by turning down $850,000 in federal funding for comprehensive sex education through the federal Personal Responsibility Education Program (PREP).

According to Andy Birkey of the Minnesota Independent, Pawlenty opted to apply for the Title V State Abstinence Education Grant Program instead of the PREP, a comprehensive sex ed program. Comprehensive sex ed teaches kids how to say no to sex and how to reduce their risk of pregnancy and sexually transmitted infections if they do become sexually active. Now, cash-strapped Minnesota will have to come up with $379,307 in state funds in order to get $505,743 in federal funding for abstinence-only-until-hetero-marriage education.

Robin Marty of RH Reality Check observes that Pawlenty is trying to burnish his conservative credentials in advance of a possible presidential run in 2012. It’s part of a national race to the bottom where conservative presidential hopefuls compete to see who can take away more rights from women.

The agribusiness giant Cargill Meat Solutions recalled 8,500 pounds of ground beef after 3 people contracted salmonella, Mac McDaniel reports for Care2. The Cargill recall comes on the heels of the largest egg recall in U.S. history. So far, 550 million potentially salmonella-tainted eggs from to factory farms in Iowa have been recalled. McDaniel argues that these food recalls should prompt a larger discussion about the state of our food safety net and the wisdom of factory farming.

At AlterNet, food scientist and activist Dr. Marion Nestle writes that “Industrial egg operations have gotten out of hand in size, waste, and lack of safety.” So far, at least 1500 people caught salmonella from tainted Iowa eggs. Nestle urges the Senate to pass the long-awaited food safety bill, S. 510, which the upper chamber has been sitting on for over a year. It’s about time. Powerful agribusiness interests have hijacked the regulatory process for too long. The chickens are coming home to roost.