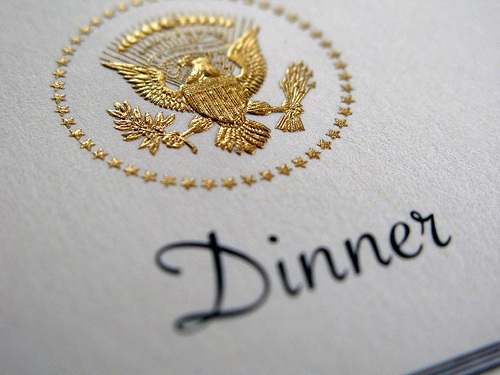 I recently accepted an invitation to attend a dinner at the State Department hosted by Secretary of State Hillary Clinton in honor of the holy month of Ramadan. The dinner itself, which takes place on Tuesday, September 7, is a formal iftar—the meal eaten every evening after sunset when Muslims break the fast during the ninth month of the Islamic calendar. This iftar is a welcome and gracious gesture by our government to honor and respect this sacred time of year for all Muslims.

As such, I was thrilled to be invited, but I must admit that at the same time I was also a bit nervous about the whole thing. For one, I don’t fast. I’ve had some serious gastrointestinal problems since the age of 17, so fasting has never been healthy for me, and in cases like mine it’s generally not recommended and even considered haraam. So I have a legitimate out, but nevertheless I still occasionally get nasty looks for eating between sunrise and sunset when I’m sitting amid a group of other Muslims unaware of my condition.

And then there’s the issue of attire. I know it shouldn’t be an issue. I don’t want it to be an issue. But it is. Many Muslims and non-Muslims alike are absolutely obsessed with the matter of female Muslim modesty. Not genuine modesty, but the superficial kind. You know, the veils, the burqas, the whole bit. People of all varieties love to fixate on surfaces—they don’t require any digging, after all. Slap on a little eyeliner under a burqa and, voilà, you’ve got one hell of a provocative photograph. If you’re in France, you may even have a criminal mugshot on your hands.

Clearly, it’s not just Muslims who are so preoccupied with this outward image of female modesty or lack thereof. Recently, I spoke at an interfaith event and a Christian woman came up to me afterward to chastise me for my inappropriate dress. Somehow not realizing that I was in fact Muslim despite my countless utterances of the phrase “God willing” during my speech, she told me that I might have offended some of the Muslim men in the room with my bare arms.

With this and all other such inescapable absurdities in mind, I return to my ever-so-important, absolutely insignificant dilemma: What to wear to the State Department?

After much time wasted in way too many dressing rooms, I ultimately chose a vibrant ruffled taffeta dress that a friend brought back years ago from Australia as a gift . I’m leaving the “safety” scarf at home and skipping the sleeves, suit, and stockings. Basically, I’m dressing as typically and modestly as I would at any other formal dinner at the start of September in Washington, D.C.

And by doing so, this is about more than a dress for me. It’s about doing my small part to avoid the lowest depths of hellfire that the Qur’an teaches will be reserved especially for the hypocrites. And God knows, at the very least, there’s nothing less hypocritical for me than bright ruffles and taffeta.

Photo by Flickr user KRSPOS under license from Creative Commons 2.0