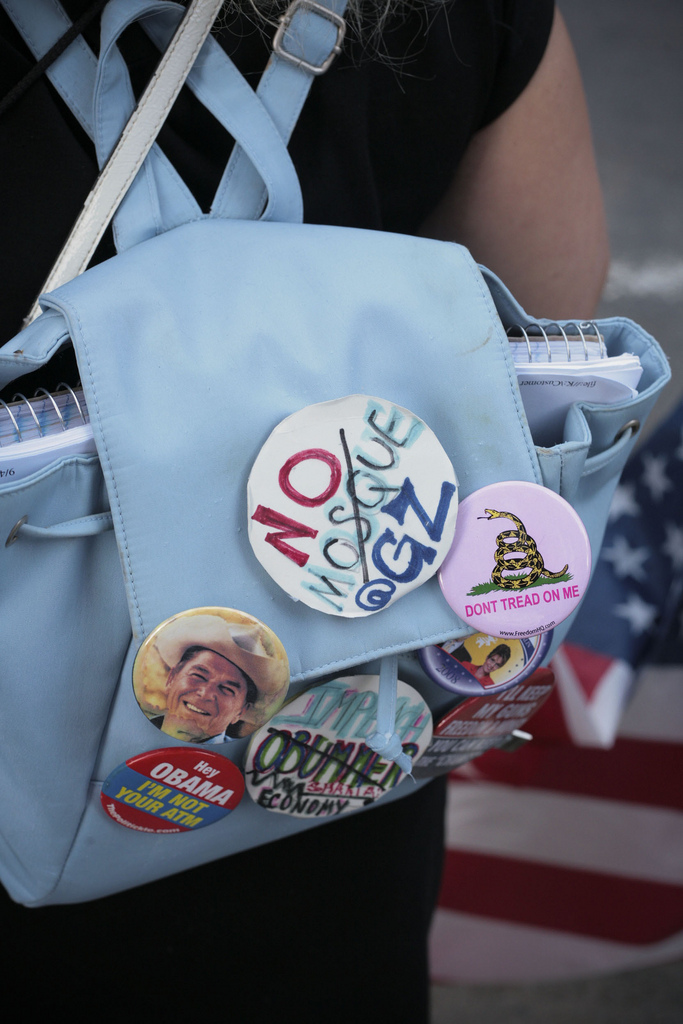 Lately I’ve been hearing a lot about how much my people are under attack in America today. The thing is, though, as an American Muslim, I don’t really feel under attack. Annoyed? Sure. But attacked? No.

Despite all the controversy surrounding the construction of the Park51 Center in downtown Manhattan, for example, the fact remains that it will still be built. Mayor Bloomberg and President Obama have both staunchly defended our right to build it and most of the center’s most vociferous opponents have either never set foot in Manhattan or belong to some extremist political or religious group — the exact same kind of group from which they claim to be “protecting” Americans by protesting the construction of the center. In short, no matter how loudly these bigots protest or how viciously they insult us, we still have the law and our leaders on our side.

Meanwhile, I just had lunch with a friend who can’t even get married or serve openly in the military in this country, who has nowhere near the same 14th Amendment equal protection rights that I do as a Muslim American woman, and who can no longer afford his HIV medications because his social security payments are too high for him to qualify for Medicaid. Just like me, my friend is an American citizen, but unlike me, he doesn’t share the same rights and privileges that said citizenship ought to guarantee.

Given the option, my Muslim faith teaches me to fight blatant injustice over irritating bombast any day, so today, that means that my friend’s predicaments take some serious precedence over my own. I don’t care how loudly or callously people insult me, so long as they can’t control or significantly restrict my rights in a way where I have no legitimate means of legal recourse.

Don’t get me wrong. I’m not saying that it’s easy being a Muslim American today. Far from it. What I am saying, however, is that as a Muslim American, my obligation is to defend the rights of the most marginalized and persecuted citizens living in my great country — and as it stands, despite all the nasty name-calling, I’m not one of those citizens.

It is from this position of relative privilege that I sense a strong religious and civic obligation to address the most pressing injustices that face our nation today and beseech the rest of my community to do the same. I know that many Muslims, as well as Jews and Christians, may think that homosexuality is wrong based on their readings of their religious texts. And while I wholeheartedly disagree with them, I still appeal to them to follow the greater teachings of our respective faiths. Is it not a greater sin to deny people their basic human and civil rights based on an alleged sin that only God is qualified to judge?

As a Muslim, it is my sacred duty to promote peace, justice and compassion above all other moral values, and as such, I am obligated to fight for the rights of the most persecuted among us. Likewise, as an American citizen and an attorney who has taken a solemn oath to support and defend the U.S. Constitution, I feel equally bound to concentrate my energies where they are most urgently needed.

So, in keeping with the lessons of my respective legal and religious educations, I hope you’ll forgive me if I ignore the epithets directed at me and my people for now and focus on fighting for my friend’s right to marry his partner, share his health insurance, serve his country with honor and enjoy all the basic civil liberties that I already do.

Above: An anti-Park51 protester’s backpack at a 9/11/10 “anti-Mosque” protest. Photo courtesy of Flickr user cruxphotography.com under CC 2.0