Why Aren't Girls in School? - Ms. Magazine
Skip to content 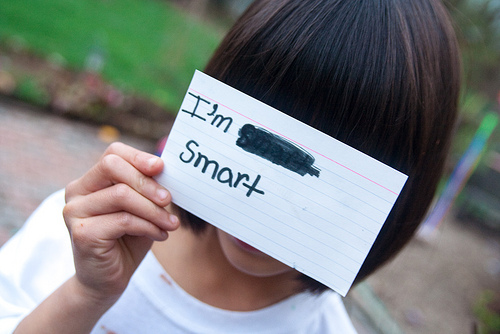 Knowledge is power. So it’s no wonder that, all around the world, a girl has less of both.

She might risk violent attack each time she ventures outdoors to attend class, or her family might not be able to afford a uniform or school fees. In most countries, barriers of all kinds still stand between girls and school, blocking young women from the most basic form of social advancement.

All that lost potential loomed large over the United Nations General Assembly this week as leaders gathered to assess progress toward the Millennium Development Goals.

Ten years after the international community vowed to incorporate gender equity into its development agenda, the UNESCO Institute for Statistics (a research arm of the United Nations Educational, Scientific and Cultural Organisation), presents an incomplete grade:

Two out of three countries in the world face gender disparities in primary and secondary education and as many as half will not achieve the goal of gender parity in education by 2015.

Educational equity holds a unique place among the Millennium Development Goals. While public health and anti-poverty initiatives help provide a baseline of social stability, education is perhaps the only resource that addresses the roots of social impoverishment and moves a country toward real self-sufficiency. Conversely, the education gender gap could further entrench gender oppression, even as a country advances its overall economic development.

The crisis doesn’t stem only from institutionalized sexism; it represents years of neglect by rich countries to invest in women’s advancement. In an announcement of the report, UNESCO Director-General Irina Bokova remarked:

The advances made in improving girls’ and women’s access to education and training over the past decades risk being undermined by reductions in international aid and national investments as the world struggles to cope with inter-locking crises. Yet, we all know that compromising the education of girls and women will only lead to more vulnerability and reinforce the vicious cycle of poverty.

Down the road, higher education is pushed even farther out of reach:

Educational barriers vary widely in form and impact. At the high-school level, for instance, girls actually have greater education access than boys in about 30 percent of countries, though UNESCO says that in terms of the enrollment gap, “disparities against girls in secondary education are more severe than those against boys.” Once they start school, girls hold an edge over boys in completing their studies rather than dropping out. The statistics suggest that in many cases, after initial barriers are overcome, women tend to stick with school, perhaps reflecting an understanding of how a single diploma can open other crucial doors to economic and civic participation.

For millions of girls, however, gender barriers in the classroom, in the home and in the workplace all cruelly reinforce one another. According to the study:

As girls enter puberty they “hit the wall of culture”… Emotional and physical dangers may increase for girls as they grow into young women due to sexual harassment and assault and social demands for conformity to normative gender roles. Both the daily journey to school and the school environment itself may be unsafe for girls and young women in communities around the world…. Traditional conceptions of “proper” roles for both women and men are more pronounced in technical and vocational education than in general education,… reflecting that resistance to boundary crossing in occupational activities still exists.

As global development marches on and women’s progress lags in comparison, the struggle for educational parity is a lesson in the political economy of intellect. Knowledge is power, and putting knowledge in the right hands can break power unjustly held.