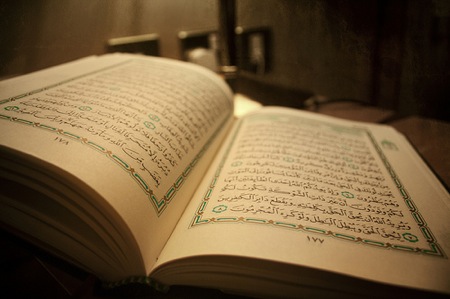 Sakineh Ashtiani’s name is now well known across the world. The 42-year-old mother of two who was convicted of murder and adultery has been on Iranian death row since 2006, awaiting her sentence. Despite campaigns by western celebrities, international human rights organizations and even her children, a spokesperson for the Iranian government said last week that a sentence of death by stoning remains a possibility.

Perhaps one reason that this medley of vociferous condemnations has not succeeded in freeing Ashtiani is the ideology behind it. While many have spoken out, including many Muslims, the anti-stoning arguments they employ remain couched in Western human rights principles rather than incorporating Islamic theology.

This paradigm is now being shifted by an emerging movement led by Muslim women. The Musawah movement challenges the idea that stoning is an integral part of Islamic law, instead drawing a sharp distinction between Sharia itself and the subsequent, scholar-created pronouncements called fiqh. Initiated in March 2007 by the Malaysian NGO Sisters in Islam, the Musawah movement includes women activists from Iran, Nigeria, the U.S. and other countries. Its guiding principle:

We as Muslims declare that equality and justice in the family are both necessary and possible. We hold the principles of Islam to be a source of justice and equality, fairness and dignity for all human beings. The time for realizing these values in our laws and practices is now.

Very often Muslim women who demand justice and want to change discriminatory laws are told ‘This is God’s law’ and therefore not open to negotiation and change.

She asserted that justice is a central and intrinsic principle in Islam, and that Muslim women would no longer be silenced in their quest to achieve justice and equality.

Prominent Islamic feminist scholar Ziba Mir-Hosseini published a critique of stoning laws based on Islamic theology. She argues that practices like stoning must be challenged on a variety of theological and legal levels, including the larger conception of women as property and laws that require women to acquiesce to male guardians. Several of these precepts emanate from fiqh, juristic pronouncements made by legal scholars that are nevertheless considered divine and unassailable.

Asifa Quraishi creates another theological argument against stoning in her paper “Who Says Sharia demands Stoning of Women?” Quraishi asserts that proponents of stoning rely on the incorrect presumption that all of Sharia is divinely ordained. According to Quraishi, differences of opinion–particularly in legislative fiqh such as the laws governing stoning–are an essential part of Islamic jurisprudence.  According to Quraishi, the argument that one must support stoning to be a believing Muslim is a gross misrepresentation – as incorrect as the idea that one must oppose Sharia in order to support women’s rights. Based on these arguments made by brave Muslim women, stoning can be denounced as un-Islamic and a distortion of its principles.

The presence of stoning punishments for sexual crimes on the law books of Muslim countries, and the lack of challenges posed to them from within Islam, are a cause of urgent concern for all Muslims. Not only does the predominant, existing discussion promote misperceptions about Islamic law, but they also promote using law as a basis for political theater rather than as a tool of justice.  Movements like Musawah and the work of emerging Muslims scholars like Tariq Ramadan, Khaled Abou El Fadl and Abdullah an Naim provide Muslims with the tools to distinguish between faith and propaganda.