Sex Trafficking: Is There An App For That? - Ms. Magazine
Skip to content 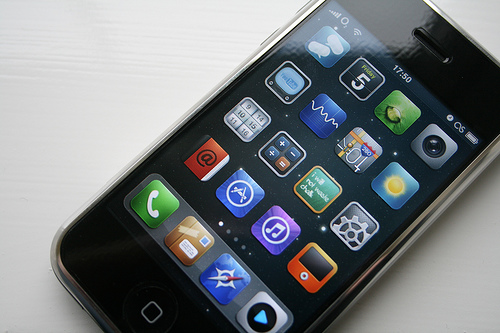 When Craigslist shuttered the doors of their adult services section, the feminist blogosphere was divided: Was it a victory for anti-sex trafficking campaigns or a setback for sex worker activists? Regardless of their particular disagreements over the services provided by Craigslist’s adult section, most agreed that the deletion of the section would not stop the sale of girls. As Carrie Baker wrote here, on the Ms. Blog, “Other websites will certainly pick up the slack.” According to Change.org blogger Amanda Kloer, a new iPhone app–PinPointsX–has done just that.

PinPointsX set up is relatively simple: Create an online profile, download the app and then you can view what the company calls your “Passion Map.” The Passion Map will show you icons which represent people and places in your immediate vicinity who are interested in an erotic encounter. You can message them and agree on a place to meet; PinPointsX will even recommend bars and hotels. For the first nine months of its existence, PinPointsX worked with the  professional escort community.  Two days after my initial inquiry to the company, their PR representative, Brian Gross, sent an e-mail informing me that they have since stopped working with that community.

In her petition to remove PinPointsX from Apple’s app store, Kloer argues that the app is a mobile, and thus more dangerous, version of Craigslist. She writes:

With PinPointsX, pimps can advertise and sell girls with absolutely no barriers or traceability. They don’t have to risk using an IP address to post on a static website, they can continuously move their ‘product’ around while simultaneously advertising them, and, unsurprisingly, the PinPointsX company has put exactly zero safeguards in place to prevent the use of their product for exploitation. Smart phones are already making it easier and cheaper for pimps to profit from selling trafficked girls and women. And the PinPointsX app will likely accelerate that process.

When I contacted PinPointsX, its vp of marketing, Rudy Dallal, told me in an e-mailed statement that, unlike Craigslist, their product has many “barriers and buffers” which are “not attractive to the criminal who wishes to remain under the radar.” Though the company did put barriers in place (it requires credit-card verification, long registration and an IP address), let’s be honest: These barriers are easy enough to bypass, as evidenced by the users of  Craigslist’s adult services section. And while the initial registration requires an IP address, an iPhone app can (and usually does) work from a dynamic IP address, making it difficult to trace.

PinPointsX does not seek the business of criminals, human traffickers or pimps. We, as a company and as human beings, deplore the abuse of women and children and regret that it is an ugly aspect of our society. Although we have not yet had a complaint about a registered business in the nine months since our company launched, we are open to full cooperation with law enforcement should the situation arise.

Regardless of the intention of the company or the legitimate adult users who seek its services, technologies will always be adapted to facilitate the worst of human intentions. But it also seems mistaken to fight the technology rather than the underlying problems. Both in its use and abuse by predators, technology will always outpace the fight to end human trafficking. As Melissa Gira Grant wrote, it seems “criminally shortsighted” to police technologies rather than taking action to end violence in the sex trade. Perhaps Monica Shores said it best:

It’s hard to believe that purchasers of sex will be deterred … or that pimps who had no qualms about lying to, raping, kidnapping and abusing teenagers will suddenly be reformed because [Craigslist’s] Adult Services is gone.

What’s clear is that the Craigslist debate has migrated from one technological format to another–from computer to cell phone and from stationary to mobile. PinPointsX has already generated quite a bit of interest from users, including one who celebrates it as “Grindr for straight folks.” And because of both user interests and PinPointsX’s early success, other apps like it are bound to appear.  The technology war is a losing battle. Perhaps it’s time, as Gira Grant and Shores suggests, to debate the real issues that adult services and PinPointsX raise: the legalization of prostitution, the institutionalized violence that girls rescued from the sex trade face and our own perceptions about sex workers.

And for those who were unmoved by arguments that Craigslist’s adult services users would journey further underground to purchase sex, they were right: Now you just have to download an app.