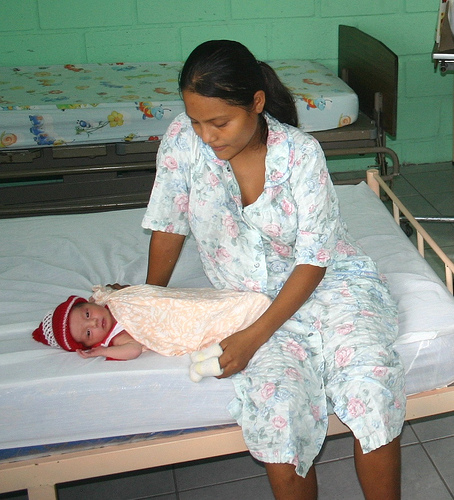 Sadly, for many women in the world this is not just a thought exercise but the reality they live every day. In the Ms. issue on newsstands today, author Belle Taylor-McGhee visited Tanzania, one of the world’s poorest countries, to report on how women and groups are taking action to make pregnancy and delivery safer. It’s part of a global effort to achieve Millennium Development Goal #5–reducing by 75 percent the number of maternal deaths worldwide.

That means making sure births are attended by skilled health professionals, achieving universal access to reproductive health care (which is judged by such measures as contraceptive prevalence and adolescent birth. In her travels, Taylor-McGhee spoke with healthcare professionals, expectant mothers and women leaders from the organization Women’s Dignity.

As part of its fundraising efforts, Pathfinder will match donations up to $50,000 that are received by October 31. Understandably, many of us are caught up in the Nov. 2 hullaballoo, but maternal mortality doesn’t pause for U.S. elections.