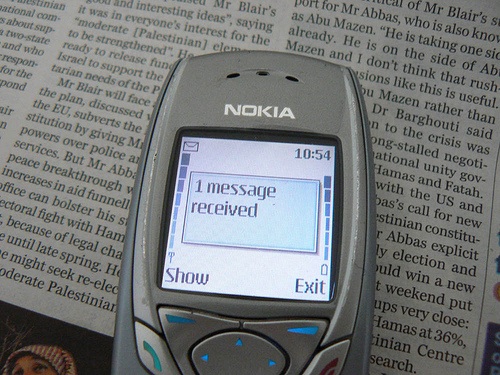 Based on previous purchases, Amazon.com thought I “might like to know” that my ex-abuser’s re-mastered CD is now available for pre-order. I have since deleted from my purchase history the items that probably triggered this, hoping this is the last such notice.

Our relationship ended more than 20 years ago, with him in handcuffs and me in an ambulance. He was sentenced to community service and “no further contact.” This was well before most states enacted laws explicitly including electronic forms of communication as part of stalking or harassment behaviors.

The ex tried “friending” me on MySpace two years ago, which I “ignored” with a click of the mouse. This account is long gone, but social-networking privacy issues hog headlines for good reason. My Facebook settings are basic, for friends and family, but we know there are no guarantees. Besides, what will my ex see, save for photos of my happy life? I refuse to live in fear, choosing instead to enjoy the global network of support which social networking gives me.

Sometimes, though, lack of privacy can actually enable crime. According to the Daily Mail, crimes involving social networks are on the rise, and “harassment” is the most frequently reported crime involving Facebook. Cyberstalking and cyber-bullying have undoubtedly led to violence. One jealous ex flew 4,000 miles to murder a woman after seeing her on Facebook with a new boyfriend.

Even without a violent act, technology adds a new element of fear to an abused person’s psyche. Haters spew malicious comments beneath YouTube videos, hiding behind screens and usernames; some make thinly-veiled death threats from the perceived safety of their blogs. Privacy loopholes in Google Buzz allowed this blogger’s abusive ex-husband to “auto-follow” her without her consent, while a Wisconsin District Attorney further harmed a domestic abuse victim by harassing her via text-message.

For all I know, my former abuser might receive announcements from Amazon about me, or read what I publish on the Internet. A quick search of his name in the online Maryland judiciary system database reveals that our case was closed in 1991, but he has had an active “civil case” pending since 2000. Our respective information is out there, floating around the web for all to see, and I wonder if we will forever be entangled in some Internet algorithm.

Still, as annoying as Amazon’s intrusion was to me, social-networking technology should not be demonized. Texting helped to raise money for Haiti’s earthquake victims, recent Iranian protests were reported via cell phones and grassroots programs like Hollaback help empower victims of harassment. Plus, online precautions can be taken: a Harvard Law School report cites an “explosive growth” in domestic violence shelters establishing web presences, and many such sites offer Internet safety tips, mostly focused on “erasing one’s tracks.”

Regarding our user data, consumers must continue to demand transparency from companies such as Facebook, Google and Amazon. It’s crucial that Internet-based corporations make privacy a priority, placing control firmly in the hands of their users. Domestic Violence Awareness Month will end this Sunday, but we all know the harsh reality: Survivors will remain forever alert.