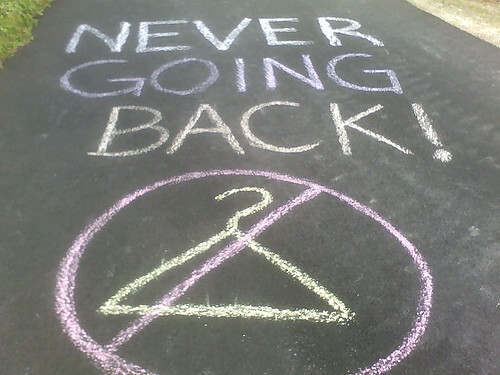 While some of my friends were on their way to Washington, D.C. to “Rally to Restore Sanity,” one friend is preparing to go to Geneva, Switzerland, to make a plea for sanity to the United Nations about abortion. Renee Chelian, founder of Northland Family Planning in Southfield, Mich., will testify about the dismal reality of providing abortions in the United States.

Reproductive rights supporters are hoping the U.N. will use its influence to improve conditions for American women. As part of the U.N. Human Rights Council’s Universal Periodic Review Working Group meeting November 1-12, 16 countries will have their human rights records examined. For the first time, the United States will be one of those countries.

“I thought the U.N. was only about peacekeeping,” said Chelian. “I’m learning that they’re concerned about human rights around world. They try to be our eyes, ears and conscience” when it comes to safeguarding everyone’s human rights. “They may not have enforceable powers, but they do have tremendous influence.”

Chelian, along with representatives from the Center for Reproductive Rights, Amnesty International USA and the Woodhull Freedom Foundation, hope to convince members of the Human Rights Council and other international human rights experts to look at the threatened state of reproductive rights in the U.S. The Center for Reproductive Rights is hosting a side event where panelists will share the obstacles American women face in seeking reproductive health care, and what steps the government can and should take to increase access for all women.

“I will describe the kinds of attacks against abortion providers, clinic staff and patients. We have been burned down, bombed out, harassed and intimidated and finally murdered,” said Chelian. The Obama Administration is working with clinics and staff, but Chelian believes, “We need to put pressure on the federal government. They have the ability to protect us and they should.”

The issues go beyond protecting the clinics, workers and patients. The harassment, intimidation and vilification of abortion providers has resulted in fewer doctors willing to do the work. Women’s access to reproductive health care is limited by income, location, family situation and other factors. Said Chelian,

Physicians in rural areas do not add abortion care because of threats to themselves and their families. [They become] targets in the community–followed to the grocery store, restaurants, church. [They] fear losing patients because of the harassment and intimidation of other patients. Who would want to see this physician? If there are no physicians, legal abortion means nothing.

With no abortion facilities nearby, rural woman face unnecessary delays created by having to travel to a distant clinic, organizing time off work, finding child care and a driver, and enduring waiting periods which require two clinic visits.

Access for poor women is equally difficult. As they try to raise sufficient money, they often delay their abortions until the second trimester–when the procedure becomes even more expensive. It’s a Catch-22.

In a country so determined to make abortion as inaccessible and unpleasant as possible, you would expect unparalleled support for pregnant women, but we can’t even take comfort in that. According to Amnesty International, American women have a higher risk of dying of pregnancy-related complications than those in 40 other countries.

I’ll be keeping track of the proceedings in Geneva and report on the progress being made to define reproductive rights as human rights.

Photo from Flickr user alexandralee, under license from Creative Commons 2.0.