W.O.M.E.N.: Why Our Progress in Management Has Stalled - Ms. Magazine
Skip to content 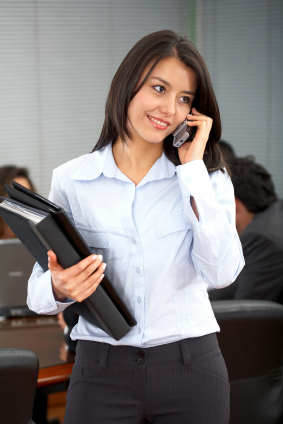 A recent Government Accounting Office report found that the number of women managers increased by only 1 percent between 2000 and 2007, from 39 to 40 percent. Women’s progress into management has stalled despite their equal representation in the workforce and their majority in colleges and universities, as noted in the study.

Why such a small increase? It’s summed up in a handy and all-too-fitting acronym: WOMEN.

W – Work-family spillover. In big jobs such as management, often work spills over into family. Family time is crowded out for male and female executives alike. Of Ruth Porat, a woman who has cracked the glass ceiling to become a top manager at Morgan Stanley, one client admiringly told the New York Times, “She never makes you feel like you are disturbing her personal life; I don’t even know if she has one.” Some research has shown that managers who have someone at home to “catch” the spillover of work into home hours have more successful careers. To the extent that women still do the majority of childcare and home management, they are more likely to be in the role of “catcher” and less likely to be climbing the management ladder.

O – Lack of open, flexible work options. Recent studies, including many cited in my book, The Custom-Fit Workplace, show that working women who have children need and desire access to flexible work options—such as telecommuting, compressed work weeks, results-only work environments, and even the ability to bring infants to work. (And 80 percent of all women will become mothers by age 44). Without flexible work options, it is difficult to sustain a career trajectory that might last, unabated, for 40 or more years and include promotions into management.

M – Masculine model of the “ideal” worker. When workers are assumed to be men, mothers are not taken as seriously as men, or as seriously as other women. Masculine norms in the workplace (long hours worked, after-hours networking, weekends on the golf course) create additional burdens on parents. Further, women hide caregiving responsibilities so as not to engender bias. This is hard to sustain for long. As we learned from the 2010 Nobel Laureates in Economics, such “friction” in employee-employer relationships leads to breakups.

E – Evaluations of performance punish use of flexible work policies. A recent study by the consulting firm McKinsey & Company found that just a quarter of companies have performance evaluation systems that neutralize the effects of taking a parental leave or using other flexible work options. Performance evaluations tend to predict promotions in general, as well as promotions into management.

N – No time for activism. With work, family, and health demands (not to mention sleep!), most working women have no time left for activism around workplace practices. Women I’ve interviewed who do manage to keep many plates in the air–without letting an important one break–report that they have little time left to advocate for themselves or others.

The first and second waves of the Women’s Movement made advances for women in the areas of work, voting, athletics, educational opportunity and more. The next wave of progress for women into management and all other walks of life will require an understanding of what’s holding us back and a renewed push for change at work and at home.

Image via Picasaweb under Creative Commons 3.0.