We Heart: The Real Housewives of SNL - Ms. Magazine
Skip to content 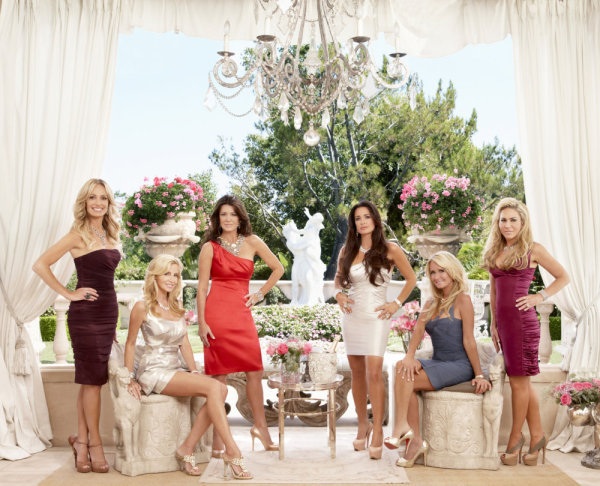 Bravo’s The Real Housewives reality show is everywhere, whether you watch it on TV or not. On the radio you can hear Kim Zolciak or the Countess LuAnn singing about money or parties. At the supermarket you can see Teresa Giudice on the cover of a tabloid, refuting claims that her husband is cheating, or pick up a bottle of Bethenny Frankel’s Skinnygirl Margaritas (only 100 calories!).

The Real Housewives is a franchise, artificially gathering groups of well-off women in (so far) Atlanta, New York, Orange County, Beverly Hills, New Jersey and Washington D.C. They’re put on display shopping, parenting, partying … and constantly arguing with each other. (Yes, I have to admit I watch the show.)

Needless to say, the Housewives aren’t painting a progressive picture of women today. I would argue (and I’m certain Betty Friedan would agree) that their catty, unsupportive behavior and horrendous botoxed beauty standards are not particularly feminist nor empowering.

Imagine my delight, then, when I heard that the very funny women of Saturday Night Live past and present, including Tina Fey, Amy Poehler, Maya Rudolph, Molly Shannon and Kristen Wiig, parodied a Real Housewives reunion special (complete with the show’s real host, Andy Cohen).

The parody is spot on, complete with various “housewives” storming off the set, pulling another’s hair weave, singing with the benefit of Auto-Tune, and pitching their latest products (Shannon was selling everything lowfat, including “lowfat medications” and “lowfat cocktails”). Beyond the hilarity is a smart critique of women’s regressive behavior on these shows, and beyond that a commentary on reality TV in general.

Fans of the Real Housewives tune in–guiltily or not–to see precisely what the women of SNL make fun of: vacuous, backstabbing “bitches” spending money and drinking all day. They also see rigid beauty/fashion standards, gay men treated as stock characters and race used as “ethnic spice” (at least when it comes to the Atlanta women).

So, thank you, SNL women, for laying some real humor on the inadvertently humorous housewives–and for making subtly serious points along the way. I’m in agreement with Jenn Pozner here: “I’m not saying you have to divorce the Real Housewives,” says the author of Reality Bites Back: The Troubling Truth About Guilty Pleasure TV. “I’m just saying you have watch with your brain engaged.”

Photo with permission from NBC Universal