Men Are From Mars, Women From the University of Venus - Ms. Magazine
Skip to content 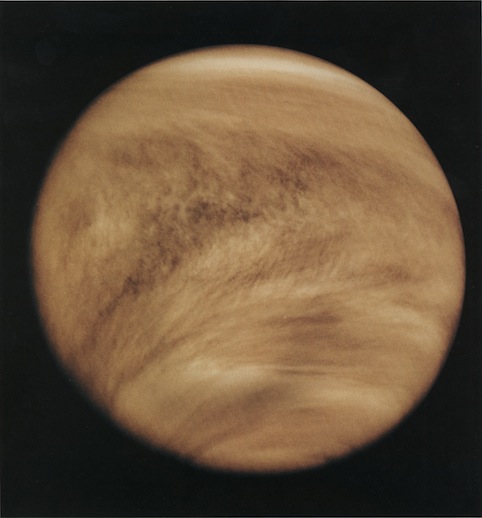 Launched in February of this year, University of Venus is an international blog for, about and by Gen X women academics. Seeing themselves as agents of change within an academy that only partially welcomes them, these women band together virtually to share experiences, provide support and build community.  I had the opportunity to talk with Mary Churchill, co-founder of University of Venus, about her wildly successful project.

Why did you start this project [with Meg Palladino]?

We brought together six women who were struggling with “junior” status in the academy. In one way or another, my GenX colleagues and I have been experiencing a silencing that runs across administration and faculty in meetings, in conferences and in the classroom. Around the world, many recent PhDs encounter a market flooded with overqualified applicants and faculty lines that are disappearing. Tuition prices in the U.S. continue to skyrocket, even as students face the worst economic situation in decades. As up-and-coming administrators, junior faculty members and graduate students, we felt that we had an ability to view this crisis in higher education as an opportunity for change. So, we created the blog as a place for building community and exchanging experiences. We wanted to make it a space where we could use our global social networks to find creative solutions and new ideas in higher education.  We do this in the front-stage area of the blog itself, but also through more informal conversations on Facebook and Twitter.

What has happened since you started this project?

We were shocked with the enthusiasm with which University of Venus was received. Within four months, we were approached by Inside Higher Education and they asked if we wanted to partner with them for increased visibility. We were thrilled.  Soon after that I was contacted by The Chronicle of Higher Education. I was able to pitch an idea for another blog, and in October I launched Old School, New School at the Chronicle. This brings together a senior male professor and a younger female administrator–myself. This project is less about creating community and more about having an open conversation on the disconnects in higher education between faculty and administration, men and women, older and younger generations.

What are the benefits to your partnership with Inside Higher Education?

The immediate benefit is that we are reaching a much larger readership of more than 90,000, but that also poses additional challenges for us. Inside Higher Ed is a mainstream publication and its readers are not necessarily feminist or even pro-women. We branched out from a supportive group of readers who had opted into being a part of University of Venus to enter the harsh reality of the “real world” of higher ed.

Recently, an anonymous post on sexual intimidation [drew quite a response]. The initial comments were scathing–good old-fashioned straight-up sexism–and the authors of the comments identified as male professors. Men such as those will most likely decide upon the tenure and promotion of women such as our anonymous author. I think it is extremely important that we all be aware of this hostility.  As an administrator, I have experienced sexism firsthand and witnessed sexist comments from men who have the power to decide our futures. We allow the sexism to continue if we remain silent.

This is one of the reasons for partnering with Inside Higher Ed–kind of a “Bring it on, let’s see what’s out there. Better the enemy I know than the one I couldn’t possibly anticipate.” So we are reaching a wide audience and making some of these hidden practices visible, but, in doing so we open ourselves up to see even further just how insidious the sexism, racism and general hostility there still is towards women academics.  It can be painful.

Where do University of Venus writers and readers fit on the feminist spectrum?

Although the majority of our readers and writers identify as feminist, feminist means radically different things to different cultures, countries and even to different generations–as Ms. and Ms. Blog readers know. Most of us find ourselves located somewhere between the second and third waves of feminism, and those debates fill the posts and discussions in our blog. I invite Ms. Blog readers to come on over and check it out.