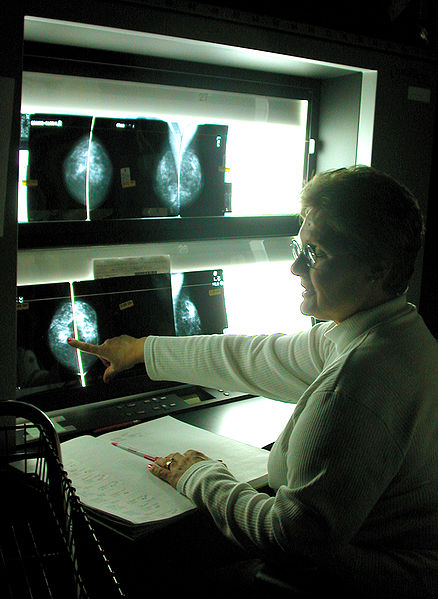 At the recent TEDwomen conference in Washington D.C., one of the presenters was Dr. Deborah Rhodes, an internist who has become a leader in assessing breast cancer risk. Rhodes became immersed in the challenge of how to effectively detect breast tumors in women with dense breast tissue when one of her pregnant patients, in her 40s and with a family history of breast cancer, asked her for an honest appraisal of the odds of finding a tumor in its early stages.

Rhodes understood that for women with dense breast tissue, “the mammogram doesn’t work well at all.” In fact, as she wrote to me via e-mail,

Breast tissue density poses a higher risk for breast cancer than having a mother or sister with the disease, but 9 out of 10 women don’t know this—or how dense their breast tissue is.

Breast density is genetically determined. Rhodes qualifies it as the “culprit” for inadequate readings of mammograms. She explained that two-thirds of women in their 40s have dense breast tissue. Although breast density usually declines as a woman ages, up to one-third of women retain breast density for years after they reach menopause.

How important is it for women to know about their breast density? Very. You can learn this information from your mammogram report. Rhodes showed slides that illustrated the four categories of breast density. There are two groups who are at greater risk for not having a tumor detected: those in the heterogeneously dense group (51-75 percent density) and those in the extremely dense group (over 75 percent density). Both tumors and dense breast tissue appear as white on mammograms. For those with fatty breasts there is an 80 percent probability of finding a cancer, as opposed to the 40 percent likelihood of finding a cancer in a dense breast.

There has been little change in the field of mammography since the 1960s other than the development of digital mammography—which is still an x-ray of the breast. Ultrasound is used, as are MRIs—which are costly.

The a-ha moment for Rhodes came when she was introduced to Michael O’Connor, a nuclear physicist. He told her about gamma technology. Gamma rays are not affected by breast density. Rhodes and O’Connor, along with a core hub of two radiologists and a bio-medical engineer, have formed the Molecular Breast Imagery (MBI) Research Team at Mayo Clinic. They are currently working on a “dual-head” gamma camera that can detect tiny tumors in dense breast tissue.

With chances for a cure dropping off as the size of a tumor increases, finding a tumor at one centimeter gives a patient a 90 percent chance for successful treatment. The work that Rhodes and her group are doing got them a major nod in 2004, when they received a grant from the Susan G. Komen Breast Cancer Foundation: They were funded to study 1,000 women with dense breast tissue, and compare the results with mammography. With mammography, 25 percent of cancers were detected; with MBI, the result was 83 percent. A combination of the two yielded a 92 percent detection rate. Rhodes showed an example of how a 67-year old woman who had received a clean bill of health with a digital mammogram was found to have a 3.7-centimeter tumor with an MBI.

Getting their findings published in the January 2011 issue of the Journal of Radiology has helped them gain traction and exposure in the larger medical community. Now they need to finalize the screening studies using the low dose. Protocol demands that the study has to be “replicated” at other institutions. That could take five or more years.

Although the MBI unit has been FDA approved, it is still not widely available. Rhodes referenced “economic and political forces,” in addition to the science, as contributing factors.

While this technology is continuing to be advanced, Rhodes recommended the following guidelines to women:

* If you are pre-menopausal, try to schedule your mammogram during the first two weeks of your menstrual cycle, when breast density is relatively lower.

* If you notice a persistent change in your breast, insist on having additional imagery screening.

A strong believer in women’s self-empowerment through self-knowledge about their breast density, Rhodes wrote to me,

I think it is important for women to understand the limitations of a test that they are having year after year–so we can collectively advocate for developing [such] an alternative.

Excerpted from MarciaGYerman.com; you can read the full article here. This article originally appeared on the women’s health site Empowher.

Marcia G. Yerman, based in New York City, writes profiles, interviews, essays, and articles focusing on women’s issues, health, human rights, culture and the arts. She is a contributing writer for Empowher, Women Make News, and Women’s Radio. Her work has been published by AlterNet, RH Reality Check, and The Women’s Media Center. She is a member of the Political Voices of Women. Her online work is archived at mgyerman.com. Yerman promotes the view that if women's frame of reference is not reflected in the arts (film, theater, visual arts, literature), then their identities and visions will be defined by male-driven popular culture. She has served as a consultant to both non-profit organizations and the business sector. She handled public relations and outreach for the Feminist Art Project and was host and producer of Women In Art, a cable television program. Her background includes work as both a curator of exhibitions reflecting diversity, and as an artist. Yerman is co-founder of cultureID, an online community/platform dedicated to creating a nexus between culture and activism. 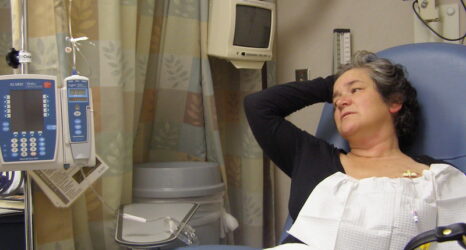