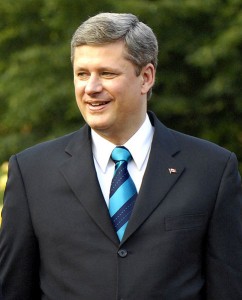 Our neighbor’s rightward drift hits women and the poor hardest

We Canadians are nicer and less violent than our southern neighbors.We address conflict through compromise, smile politely when faced with difference and only get drunk and belligerent when hockey is on.

At least that’s what we like to think of ourselves.

We point to our universal health-care system, welfare programs, gun control and robust equality rights. Our 1982 Charter of Rights and Freedoms was designed to institutionalize those values. We even added a funding process to help Canadians bring equality and minority-rights challenges to the Supreme Court.

The growth of the Christian right in the United States seemed laughable to Canadians. Did Americans really feel that Jerry Falwell or Pat Robertson had a special bond with God? Did they really think that “the right to bear arms” meant no limit to their gun ownership? Did they believe in creationism…seriously?

Then Bush, Jr., was “elected,” and he was stiff and odd and didn’t care about facts and research. He implemented brutal policies against low-income Americans and women, and followed that with two wars.

But as progressive folks up north clucked complacently at U.S. folly, the winds of change were gathering around Canada’s snowy Parliament Hill. In 2006 we elected a minority Conservative government under the leadership of a grey-faced, thin-lipped man named Stephen Harper. In typical Canadian fashion, progressive forces immediately froze in disarray. We wrung our hands and hoped his Conservative party’s status as a minority government would keep Harper’s right-wing policies from actually having an impact on our Canadian way of life. We were wrong.

Harper’s actions against women’s needs epitomize the wide swath of Bush-style policies he has inflicted on Canada in the last four years.

• Day care: In 2005, after 30 years of feminist lobbying, the federal government announced a $5 billion national day care plan. This was wiped away in Harper’s first budget.

• Pay equity: Canadian feminists looked on in awe as President Obama chose to make his first piece of legislation the Lilly Ledbetter Fair Pay Act. The first bill Harper introduced after reelection in 2008 was an omnibus economic stimulus bill. Buried deep inside was what his minister of finance described as “legislation designed to make pay equity an integral part of collective bargaining.” But it actually eliminated the power of women in the civil service to file pay-equity complaints and allowed the government to fine unions that take up such a complaint. This, despite the fact that women only earn 70 percent of what men do in Canada.

• Abortion services and the “Unborn Victims of Crime” Act: Thankfully, in this area Harper has been challenged by his minority control of the government and so has had only limited success. While Obama moved quickly to eliminate the “global gag rule” that had denied funding to international family-planning organizations if they so much as mentioned abortion as an option, Harper’s government announced that they would not support any funding of abortion services in a new G8 maternal health-care initiative for developing countries. Combined with a stealth effort to introduce the Unborn Victims of Crime Act—which would allow separate charges in the injury or death of a fetus when a pregnant woman is attacked (i.e., the fetus would be judged a person)—this illustrates the strength of the Christian right’s role among Harper’s Conservatives. Fortunately the government was defeated before the act got through, leading to the 2008 election. But Harper’s Conservative Party won an even stronger minority in that election, increasing their representation in the House of Commons to 143 of 308 seats. The bill may well be reintroduced.

• Violence against women: As many as 3,000 Canadian women missing or murdered—most of them Aboriginal—have been the subject of little or no police investigation. Violence against women, particularly indigenous women, remains the starkest illustration of women’s continued inequality in Canada. The story of women vanishing from both urban and rural settings is not only a story of indifferent or limited police action: It’s a story of the feminization of poverty, of cuts in public services necessary for women’s safety, of the real face of racism in Canada and of badly written and badly implemented prostitution laws. Meanwhile, Harper’s “crime and punishment” agenda is silent on the subject of violence against women. He will increase mandatory sentences and build new jails, but you won’t hear him acknowledge that domestic violence continues to be the single most common violent crime in the nation.

Canadians can no longer point south and chuckle smugly. We have a prime minister who is stiff and odd and brutal to low-income Canadians and women, who doesn’t care about facts and research, and who is powered by the ideology of the Christian right. His minority status means he must continue to collaborate if he is to avoid defeat, but the three opposition parties refuse to pull together their majority of seats to oppose him and thereby force an election. Instead, each one supports him on separate occasions—just enough to keep him going.

In this way, Harper’s minority status hasn’t stopped him from quietly manipulating power while fundamentally altering government data collection when the results don’t suit his ideology. What is truly frightening is that he seems smarter than George W. and more vicious than Nixon— what would he do with a majority?

So instead of continuing our tradition of being a peaceful haven for runaway slaves and Vietnam draft- resisters, Canada may instead become a refuge for fans of Sarah Palin and Newt Gingrich, fleeing from the “socialist agenda” of President Obama.

Excerpted from the Winter 2011 issue of Ms. To have this issue delivered straight to your door, join the Ms. community.