The War on Women Knows No Borders: Why Funding the UNFPA Matters - Ms. Magazine
Skip to content 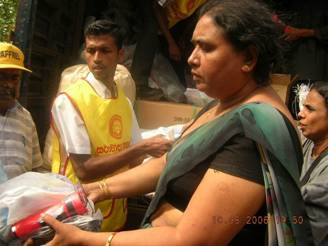 As new blows keep coming in the Republican domestic war on women, it’s easy to forget that they’ve also launched a global assault on women’s reproductive health and rights–but we ignore it at millions of women’s peril.

House Republicans not only proposed to cut U.S. assistance to international family planning funding, they also want to completely zero out any funds going to the United Nations Population Fund, or UNFPA, the largest multilateral source of reproductive-health assistance in the world. The U.S. currently provides 22 percent of the UN’s overall budget, and UNFPA is the only agency within the UN that focuses on reproductive health.

In its website, UNFPA makes the significance of its objectives very clear:

Access to contraceptives empowers women and can save their lives. Being able to plan how many children to have and when to have them is a recognized human right. But this right is not yet realized, especially among the poor.

UNFPA was the only organization singled out by name in the proposed cuts to international family planning. It’s long been a pet target of Republicans: The Bush Administration accused its programs of coercing abortions in China, despite a fact-finding team from the Bush Administration itself finding these allegations to be false.

Why should you care about UNFPA? For starters, 99 percent of pregnancy-related deaths occur in the developing world. It is estimated that 529,000 women and girls die around the world each year from complications related to pregnancy, including as many as 70,000 who die every year from botched abortions. Millions more are left injured. And these numbers are just estimates. Actual numbers of women dying are much higher when you factor in how many deaths go unreported.

These are preventable deaths. Women and girls are still needlessly dying in childbirth. Last fall, UNFPA launched an initiative that would save the lives of 16 million women.

It’s a life and death matter, but it’s also a matter of justice. Organizations like UNFPA work to ensure women and girls are in control of their reproduction, because let’s face it, we cannot truly be empowered until we are in control of our fertility. UNFPA states that currently 200 million women want to either delay or prevent pregnancy but lack access to contraceptives.

In my home country of Bangladesh–one of the 150 countries where UNFPA provides programs–I have seen young women in their 20’s with 5-6 kids they cannot even afford to feed. That means they have to focus on making ends meet over being able to send their children to school, slashing the next generation’s hopes for higher education or jobs–let alone their own.

In the last three years the United States has been steadily reclaiming its position as a leader in promoting women’s health. In some of the poorest countries in the world, that means increased access to the most basic of family planning services. We must make sure the U.S., one of the most important donors to global health programs, keeps supporting organizations that work to remove barriers between women and reproductive healthcare, both at home and abroad.