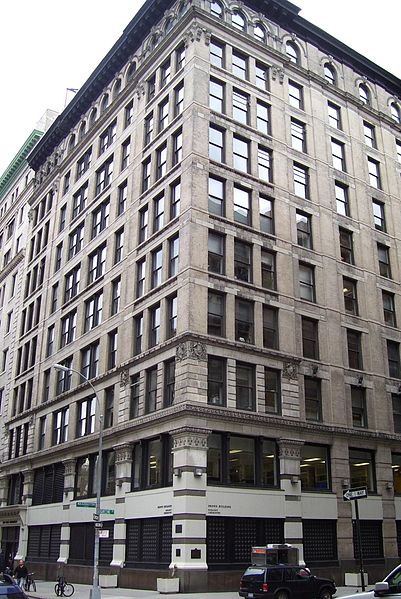 Everywhere: March 25 marks the 100th anniversary of the Triangle Shirtwaist Factory fire. The fire killed 146 workers, mostly immigrant women, and was a catalyst in the fight for workplace safety regulations. Film screenings, commemorations, rallies and more are being organized all around the country; check out the many events here. Some highlights:

The U.S. Department of Labor has launched a new website with a video tour to commemorate the anniversary, narrated by none other than Secretary of Labor Hilda Solis.

A PBS film about the fire airs in most local stations tonight at 9pm; you can also watch online.

The biggest commemoration is expected to be in New York, with a Jumbotron projecting video as the name of each victim is read and a silver bell rung as children or family members place white carnations on the sidewalk. After the ceremony, Mayor Bloomberg will speak. This year for the first time, the recently discovered names of the six unknown victims will be called out. March 25, 10:00 a.m. @ Brown Building, Washington Place & Green St

L.A. Laborfest will commemorate the event at a period costume rally to draw connections between the tragedy of 1911 and today. March 26, 10:00 a.m., meet at the LA Convention Center

Keep an eye out on the Ms. Blog, too, for special posts about the anniversary.

WAM! It Yourself! Women, Action & the Media has organized conference events all around the world! Check them out if you’re in Boston, Chicago, Los Angeles, Nairobi, Vancouver, or Washington, D.C.! Los Angeles‘ WAM! It Yourself will feature Morgane Richardson (founder of Refuse the Silence), Daena Title (of  “DROWN the DOLLS” fame) and Ms. magazine’s very own editors Michele Kort and Jessica Stites! If you can’t make it, follow it live on Twitter at #wamLA. March 25-26 @ Santa Monica College, 1900 Pico Blvd., Humanities and Social Sciences 263

Panelists at WAM! It Yourself New York (from Pandagon, Jezebel, Racialicious, ColorLines, and Feministing!) will discuss feminist perspectives in publishing, social media and activism, feminist blogging and more!  March 25-27

Also, the HBO miniseries Mildred Pierce starring Kate Winslet premieres March 27 @ 9 p.m. HBO’s Mildred Pierce is a remake–the original is a 1945 film starring Joan Crawford (“No wire hangers!” is echoing in my head right now), for which she won an Academy Award. Will Winslet be on par with the great Crawford? We’ll have to watch and see.

If you know of any feminist events this week, post them in the comments. If you have an upcoming event to feature, email me at [email protected]