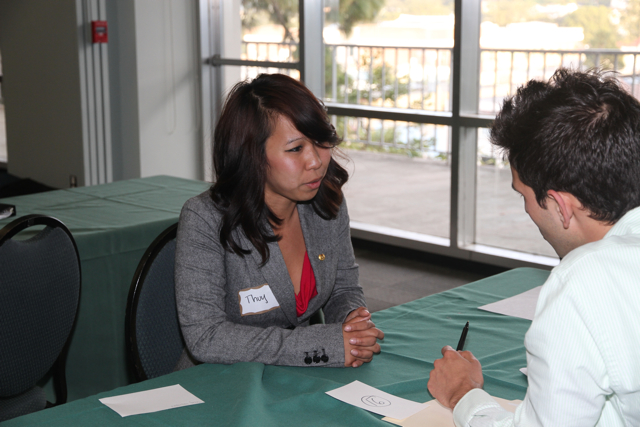 I really didn’t care if I got the job or not. This was my third interview with the same gentlemanly white man with a soft Southern drawl. He seemed no closer to offering me the position than he’d been in the first interview. The questions were essentially the same: “Why do you think you’re qualified for this job?” “Will the travel involved be a problem?” “What are your strengths and weaknesses?” Blah, blah, blah.

“They’re covering their asses. They don’t really want to hire a woman but they don’t want to get sued,” I thought. I had identified myself as a feminist in college and I knew all about affirmative action.

This was in the early ’70s, when corporations were under pressure to hire more women and minorities for non-traditional jobs but were looking for ways to avoid it. I recognized the tricks–demanding experience in areas where women had never worked or talking about how the demands of the job would be tough on a family. I was once even asked what kind of birth control I was using because the company wanted to make sure I wouldn’t get pregnant and quit before their investment in training me paid off. I left that interview and joined my local NOW chapter.

So, I patiently answered his questions for the third time. Then, I decided to take control. They didn’t want me and I didn’t care anymore.

Now, I was totally fed up with this charade. I told him,

I’m asking these questions because it looks like this company has no women in positions of authority and doesn’t seem to know how to begin hiring them. I am very qualified for this job. In fact, I’m overqualified. But you seem to think it’s beyond a woman’s capability. I am interested in a career and I’d like to know that my sex would not hold me back.

Now I was on a roll. “If I thought I was denied a promotion or raise due to sex discrimination, I would not hesitate to take this company to court.” If he was shocked, he didn’t show it. “Thank you for coming in. We’ll let you know.” Oh, I already knew.

The phone was ringing as I walked in the door at home. “We’d like to offer you the job. When can you start?”

Later, I learned that after I left he told everyone that he’d met one woman he thought had the “chutzpah” (a traditional Southern expression, I guess) for the job.

I have to tell you, it was the easiest job I ever had–easy enough for a man.