Everywhere: April is Sexual Assault Awareness Month and this year’s theme is, “It’s time … to get involved.”  The  campaign encourages those who witness sexual assault to speak up and get involved in their own communities. The National Sexual Violence Resource Center has resources and ideas for bringing more awareness to sexual assault.

New York: Party for a good cause at the 4th annual Roe on the Rocks concert, benefiting Planned Parenthood of New York City. Rock out with Thao with The Get Down Stay Down, The Bloodsugars, Ana Egge, Pearl and the Beard and comedian host Sara Benincasa. Fabulous prizes will be raffled, including VIP tickets to the Colbert Report!  April 4, 7 p.m. @ Bowery Ballroom

Speaking of women and power, there’s also the Tenth Annual Vital Voices Global Leadership Awards: A Decade of Investing in Women to Improve Our World. The event isn’t until next week, but you can buy tickets now. April 12 @ the Opera House, John F. Kennedy Center for the Performing Arts

Stand Up for Women’s Health this week by joining NARAL Pro-Choice America and Planned Parenthood in a rally: April 7, 11:30 @ U.S. Capitol Building Reflecting Pool (between 3rd and 4th Street, SW)

Amherst, Mass.: Hampshire College hosts its 30th annual Reproductive Justice Conference. Join other activists from across the U.S. and internationally to build a stronger movement for reproductive justice and social change. April 8-10

No shortage of feminist fun, activism and chances to advance your awareness! If you know of any other events this week, post them in the comments. If you have an upcoming event to feature, email me at dgrossmanheinze @msmagazine.com. 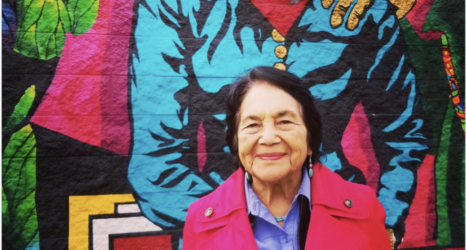