We may have won the battle to keep the language of “forcible” rape from defining who gets federal money for abortions, but we’re still fighting the war to get “forcible rape” removed from our national lexicon. 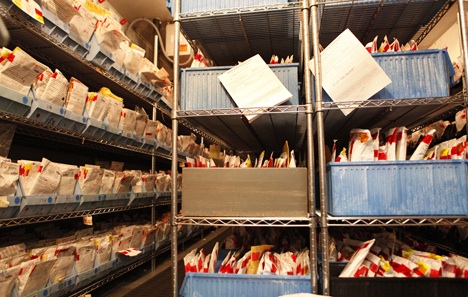 Feminists helped defeat the Republican attempt to narrow the definition of rape to “forcible rape” in their recent efforts to put new restrictions on abortion.

But as Stephanie Hallett reports in the forthcoming issue of Ms., the FBI—in its Uniform Crime Report—still uses an impossibly narrow and outmoded definition of “forcible” rape to gather its statistics.

The FBI needs a modern definition of rape that reflects a popular understanding of the crime and doesn’t exclude the vast majority of rapes. Rape is rape. Period. Without an accurate definition we won’t have accurate statistics about rape, and without accurate statistics we will never have adequate funding for law enforcement to solve these crimes and stop violence against women.

We also need to make sure that police departments swiftly test rape-evidence kits. The backlog of untested kits around the country is outrageous, as it leaves serial rapists—and the vast majority of rapes are committed by serial rapists—free to rape again.

So we need your help. Join the No More Excuses! campaign of the Feminist Majority Foundation and Ms. magazine and demand that:

1. The FBI must change its outmoded definition of rape.

2. City police departments must test every rape kit in their backlog and make sure untested kits don’t accumulate again.

Go to our online campaign headquarters where you’ll be directed to letters you can send to FBI director Robert Mueller and U.S. Attorney General Eric Holder.

You can also order a local take-action package that includes a dramatic video about the rape-kit backlog by Lorraine Sheinberg and Susan Rubin and ideas for making a difference in your community on this vital issue. Together, we can make our communities a safer place for all women!

ELEANOR SMEAL is president and co-founder of the Feminist Majority Foundation and publisher of Ms.