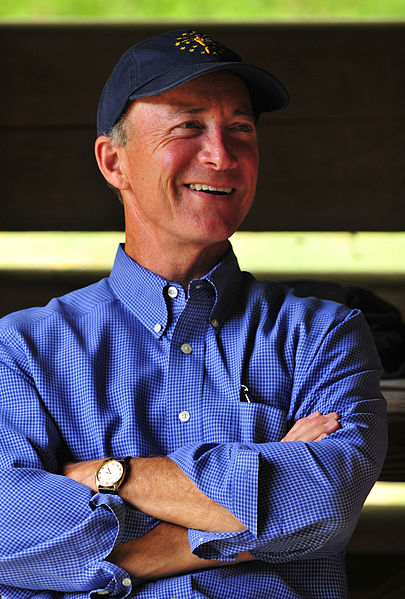 Last year, Indiana governor Mitch Daniels suggested that we might be better off calling a “truce” on “social issues,” by which he means abortion, gay marriage and even global warming. Until economic conflict is resolved, he said in Weekly Standard cover story, “we’re going to just have to agree to get along for a little while.”

Governor Daniels, a possible Republican candidate for president in 2012, will have a chance to stand by those words if the Indiana state legislature passes what may be the nation’s tightest restrictions on abortion yet.

Introduced by State Rep. Eric Turner, HB 1210 tucks abortion restrictions into a bill funding breast and cervical cancer screening for uninsured women. Turner believes the law would make Indiana one of “the most pro-life states in the country,” and that is probably an accurate assessment. HB 1210 collects the most extreme elements of the 916 pieces of anti-abortion legislation that have been coming through state governments in the past three months. Under the law:

The bill passed the state house on March 30, after extremely heated arguments. Democratic Rep. Gail Riecken proposed an amendment that would have entirely exempted women who became pregnant due to rape or incest, or who need an abortion to save their lives. This clause was opposed by Rep. Turner, who argued that women might lie about rape or incest:

I just want you to think about this, in my view, giant loophole that could be created where someone who could — now I want to be careful, I don’t want to disparage in any way someone who has gone through the experience of a rape or incest — but someone who is desirous of an abortion could simply say that they’ve been raped or there’s incest.

As RH Reality Check put it, Turner “achieved the impressive feat of denying women’s reproductive rights and perpetuating a victim-doubting rape culture, both at the same time.”

Because a similar bill has already passed in the state Senate, it is likely that Governor Daniels will receive the bill on his desk for a signature in the coming weeks. Will he veto the bill, standing by his exhortation to legislators to focus on economic and budgetary concerns? Political reporter Ben Smith believes no, explaining that “vetoing it would probably be political suicide,” so women in Indiana should expect to see this bill become a law.

Governor Daniels has said that he believes abortion should be legal when the life of the woman is endangered or when the pregnancy resulted from incest or rape. While this bill does not ban those procedures, it puts even more pressure and unnecessary restrictions on women who have already undergone and or are going through extraordinary trauma.