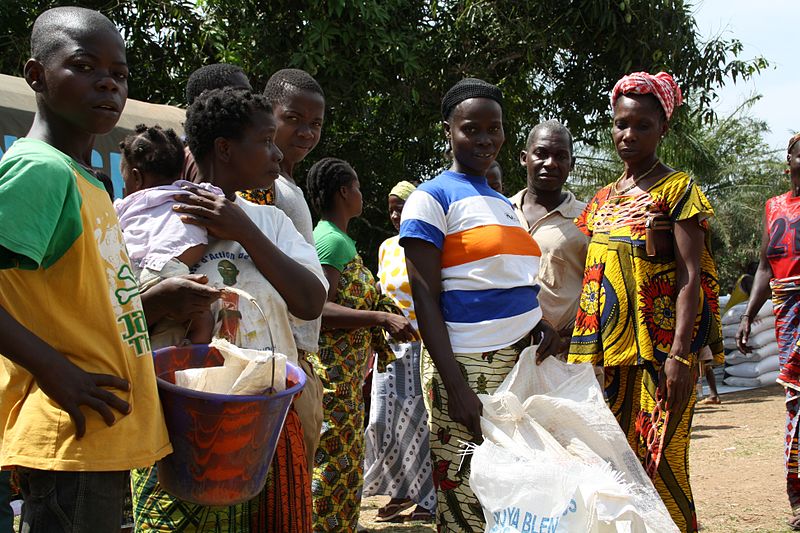 Former President Laurent Gbagbo was finally arrested this week, and many seem to think this will bring an end to the conflict that’s riddled Ivory Coast for the past months. But for the women among the more than 1 million people displaced by the fighting, this is not the case. As the situation deteriorated from chaos to full-fledged crisis, Ivorian women went from being the drivers of political protest to survivors of sexual violence.

This week, I spoke with Elizabeth Pender, a gender-based violence (GBV) Technical Advisor for IRC , a humanitarian group that addresses crises worldwide. She’s stationed on the Liberia-Ivory Coast border, where thousands of Ivorians are flooding into refugee camps every day.

Pender conveyed reports from women of gang rapes, rapes of entire families and sexual slavery, as women and girls are “taken as wives” for weeks at a time. “These women have experienced things that we cannot even imagine–and many for the second time,” said Pender. The collective memory of rape and violence from the last Ivorian war, in 2004, is still fresh. In fact, the recollection of “what happened last time,” and the threat of new violence has driven many girls and women to flee.

While IRC and others work to mitigate that threat, refugee camps do not necessarily offer safety for girls and women. Collecting water or firewood can be dangerous, and even security guards stationed to protect women can become perpetrators.

Who is committing the sexual violence? News reports have condemned pro-Gbagbo forces almost unilaterally for war crimes, but there are also a number of reports that put the blame squarely on new president Alassane Ouattara. Humanitarian agencies such as IRC stay out of the politics and instead take a survivor-centered approach. Yet political camps, and even the global media, often utilize reports of GBV as a strategy to damn one’s opponent. It’s as if accusing Gbagbo’s camp of systematic rape somehow exonerates Ouattara’s camp from abuses when, in reality, women and girls survive violence from every party and at every level.

Women and girls are exponentially more vulnerable to sexual violence in crisis, whether it’s an earthquake or a civil war. Long after fighting has ceased and the media has forgotten the names of opposing parties, survivors of sexual violence still live with the painful aftermath. IRC holds focus groups for Ivorian women, offering safe spaces for women to voice their experiences. In one session, Pender says, 20 women revealed they had been raped:

This level of reporting is extraordinary, and indicates that this issue has become normalized in many ways.

Do we take for granted that sexual violence is an integral part of every conflict? “Issues of gender-based violence so often get lost in the shuffle, and we’re trying to convey that addressing these issues is a life-saving initiative,” says Pender. Governments and global bodies can no longer be surprised by increased sexual violence, and given the resources available it has become inexcusable to not be prepared.

The management of sexual violence remains a challenge, however, especially access to adequate mental and physical health care. Of the 20 women who reported being raped, says Pender, none had sought or had access to health care, such as emergency contraception, post-exposure prophylaxis, pregnancy testing, contraception or even just a basic check-up.

For this reason, the magnitude of sexual violence is difficult to ascertain. “For every one case you hear about, there are 10 or 20 you don’t,” says Pender. She suggests that in an environment of injustice and cruelty, you have to celebrate the small victories: to identify even one survivor, counsel and support her, provide her with health-care services. “There is a lot we can do,” she says. “We want women to know rape doesn’t have to be the end.”

Photo of Ivorian refugees in line to receive aid packages at a camp in Liberia from Wikimedia Commons.