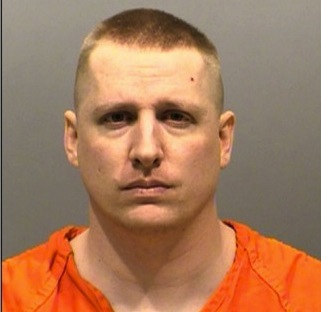 In 2008, an 18-year-old woman in Washington State reported to police that she had been sexually assaulted. But they didn’t believe her. Lynnwood Police Chief Steve Jensen said that her story changed, her details were inconsistent and that people who knew the victim expressed doubts about her story.

So the police charged her with false reporting, and she pleaded guilty under a deal that included a fine of $500. The charge remains on her record.

Three years later, Marc O’Leary was arrested in Colorado for charges of sexual assault, kidnapping, burglary and felony menacing. He is being held on $5 million bail. When the police raided O’Leary’s home earlier this month, they found photos of his victims.

The 18-year-old woman from Washington was in those photographs.

O’Leary was violent. He would break into women’s homes when he knew they were alone. Wearing gloves and a mask, he would surprise them in their bedrooms and threaten them into cooperation, once using a gun. He would bind their hands and then sexually assault them, while using the self-timer on a camera to take pictures. Afterwards, he would force the women to shower and brush their teeth. He would take their bedding and their clothes, then hide their phones so they couldn’t call the police immediately.

Over the past year, O’Leary did this to at least two women in the Denver area. He is suspected of having attacked another woman, who managed to escape by jumping out her bedroom window, and another woman in Seattle sometime in 2009.

Police are saying that the Washington woman’s case has “strong similarities” to the cases O’Leary is being charged with in Colorado. They have reopened her case, reimbursed her $500 and are working on getting her record expunged.

There is little data about what percentage of rape reports are intentionally false–studies that do exist have small sample sizes and non-representative samples. But it shouldn’t matter. When a woman goes to the police with a rape allegation, her complaint should be taken seriously and investigated fully. Charging women with false reporting does not discourage false rape allegations–it discourages ALL rape allegations. The courage it takes to report a rape is unimaginable—that’s why most rapes go unreported. This teenager had the guts to go to the police and tell her story, and they didn’t just dismiss her but accuse her. What kind of signal does that send to victims of rape?

The Lynnwood Police department reported just six rapes in 2008 [PDF]. In other words, they weren’t overloaded with sexual assault cases to work on. The police chief now admits:

We were wrong. Everybody feels terrible about it…we take sexual assaults very seriously. Our investigators always get charged up to get the bad guys in these cases.

Getting “charged up” is not enough. If they had taken the young woman seriously instead of questioning her credibility, maybe other women would not have had to go through the same thing. Ninety to 95 percent of rapes are committed by serial rapists—such as O’Leary.

This woman deserves more than just a reimbursement and a clean criminal record. She was put through hell by first O’Leary and then the criminal justice system. How about giving her a splashy public apology and a large settlement, then prosecuting O’Leary for his crime against her AND initiating updated rape-investigation procedures in the police department?

The newest Ms. cover story discusses the underreporting of rapes by police departments, explaining how police “unfound” rapes that don’t meet the too-limited FBI definition of what a rape is. The story calls for “No More Excuses,” asking police departments to be held accountable for the rapes that occur in their jurisdictions. Police Chief Jensen’s explanation that “her story changed” is an excuse, and it is unacceptable.

‘Uncultured’: The Intergenerational Trauma of Girls Growing up in Cults