What Did Ashley Judd Mean By "Rape Culture"? - Ms. Magazine
Skip to content 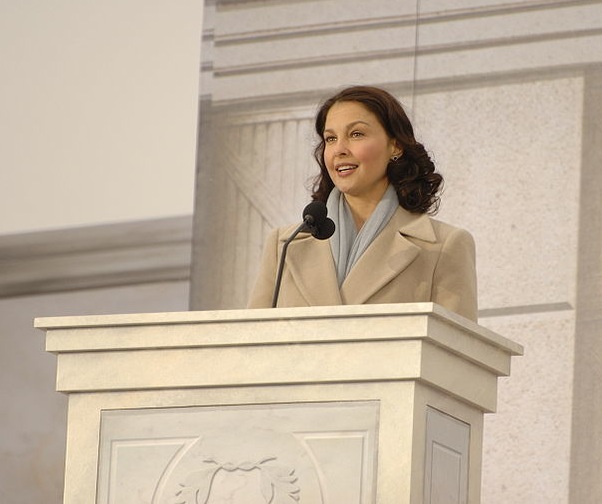 When Ashley Judd controversially wrote about “rape culture” in her recent memoir, it was not hyperbole. Judd’s argument is that sexism and male privilege are maintained through the incessant sexualization of girls and women. And this inequality is not just about psychological trauma, it is “the root cause of poverty and suffering around the world.”

Connections between the supposedly private spheres of sex and intimacy and the public sphere of economic inequality are fundamental to feminist theory: the personal is political. Shaming victims and keeping rape and sexual assault secret are key mechanisms of sex and gender oppression. And while “culture” seems to be the banal word in the phrase “rape culture,” it is actually quite powerful, as it points to the systemic nature of the rape epidemic, rather than framing rape as something anomalous and incidental. For example:

—17.7 million U.S. women have been survivors of attempted or completed rape.

-More than one in 10 high school girls are forced to have sex against their will by the time they graduate.

–One out of every six U.S. women has suffered an attempted or completed rape in her lifetime.

–60 percent of rapes and sexual assaults are never reported to the police, and factoring in unreported rapes only 6 percent of rapists ever go to jail.

Judd initially identifies hip-hop’s rape culture in order to explain her trepidation about participating in a philanthropic event for an organization supported by Snoop Dogg and Puff Daddy. Here is the principle behind this explanation, and the plan for combating rape culture: Once something is identified as having “rape culture,” there is no justification for attaching oneself, even tangentially, to it. Therefore, Judd puts as much distance as she can between herself and Snoop Dogg. If an institution or a community has rape culture, get as far away as possible.

But if hip-hop has rape culture, then so does the military and so do Hollywood, the institution of marriage, high school, higher education and sports. As Mark Anthony Neal notes,

“We continue to live in a nation that encourages rape, even sanctions it—what some rightly call a rape culture—because we are fundamentally unwilling to invoke the language that correctly captures the brutality of such acts.”

Surely Judd is troubled by the rape culture in all these institutions and communities. The question then becomes why does she actively distance herself from and condemn hip-hop, but not Hollywood or the U.S.?

A collection of hip-hop artists, including many whose lyrics contain few traces of sexism, objected vehemently to Judd’s remarks. For these rappers, as well as social critics attuned to the history of rape and racial terror in the U.S., condemnation of rap and hip-hop slides a bit too easily into a racist discourse that identifies all black men as hypersexual beasts and potential rapists. So we have to acknowledge the possibility that racial subtext, stereotypes and moral panic about hip-hop influenced Judd’s initial critique. But sounding the alarm to guard against racism must not drown out cries of righteous discontent about sex and gender oppression.

Importantly, many of the strongest criticisms of sexism in hip-hop come from hip-hop feminists such as Neal, Joan Morgan, Tricia Rose and Byron Hurt. These writers and activists work doggedly in the hip-hop trenches, though their words are rarely amplified as loud as Judd’s, and they embody the secret to improving Judd’s critique: Isolating oneself from rape culture is not a viable strategy. If you listen to hip-hop music, or go to college, or have a family, or live in America, you cannot hide from it. You have to stand up and fight. Judd knows this implicitly, and that is why she dared to write such a courageous memoir and speak out about rape in the first place. Maybe next week she’ll write a letter to Snoop.

Image of Ashley Judd from Wikimedia under Creative Commons 3.0