Do We Really Want a Matriarchy? - Ms. Magazine
Skip to content 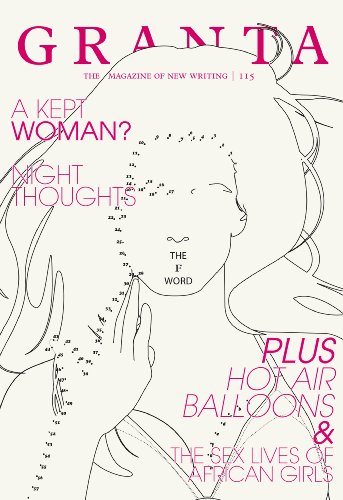 While many discussions of the F word–feminism—have taken place in the feminist blogosphere and in magazines such as Bitch and Ms., it’s nice to encounter smart responses in a surprising venue: GRANTA, a journal dedicated to new literary writing.

The summer issue of GRANTA, titled The F Word, showcases well-known authors such as A.S. Byatt, Louise Erdrich, Edwidge Danticat and Jeanette Winterson. In contrast to the analytical, sociohistorical focus of many F-word discussions, GRANTA‘s fictional pieces grapple with the F word symbolically and metaphorically. In addition, the journal’s website offers a series of animated shorts responding to the literary works.

As one example, Helen Simpson’s short story “Night Thoughts” engages with the F word by imagining a science-fictional alternate world, in keeping with earlier feminist classics such as Charlotte Perkins Gilman’s Herland or Marge Piercy’s Woman on the Edge of Time.

In the story, a man stays awake at night fretting about his unequal relationship with his wife Ella. As evoked by the “night” in the title, the world in which the male narrator lives is as different as night and day to that of our own. It’s a world that, as the story describes, is “women-shaped”: Women have all the power.

The story achieves a brilliant turnaround, suggesting that the unequal power structure of society so intimately tied to sex and gender is perhaps a matter of chance–that the tables could just as easily been turned in women’s favor. Then males would be the ones fretting in the middle of the night about their daily oppression and dehumanization. At the same time, the story puts our own social system into stark relief, suggesting we are still stuck in the dark in regards to gender equality.

The animated response to the story captures this beautifully:

Greek-Italian filmmaker Marie-Margaux Tsakiri-Scanatovits puts us inside the mind of the male narrator, showing how he feels his wife Ella crushes his heart in her hand while stabbing him in the back. Yet he still longs for connection with her, imagining her naked body one minute and being reminded of her constant badgering of him the next. These “night thoughts,” both in the story and in the animated short, offer an illuminating reversal of life as we know it, suggesting that “matriarchy” would be no better than “patriarchy”–that a binary reversal is not what we should be seeking, but rather an explosion of the night/day, male/female system altogether.

If these twin works are any indication, GRANTA’s special issue deserves close attention for its nuanced, thought-provoking work.