How to Reduce Abortion Stigma? Take A Clue from the Global HIV/AIDS Movement - Ms. Magazine
Skip to content 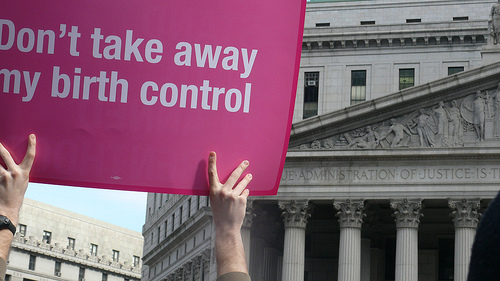 One aspect of the global HIV/AIDS movement that’s always impressed me is the success advocates have had in reducing stigma around infection. In the 30 years that this disease has taken root, stigma has shrunken dramatically. Famous people from all professions and walks of life have come forward to divulge their status (some voluntarily, others involuntarily). Heads of state take HIV tests in public to show people it’s nothing to be ashamed of. UN Goodwill Ambassador Annie Lennox can wear a black “HIV Positive” tee-shirt to the UN High Level Meeting on AIDS. Stigma remains a component of dealing with HIV/AIDS, but perhaps not the biggest challenge.

In contrast, stigma remains arguably the biggest obstacle to advancing reproductive health and rights worldwide. Earlier this year I was in Ghana, where reproductive health laws are some of the most progressive on the continent [PDF], yet social and religious stigma is so stifling that unsafe abortion remains a leading cause of death for women there [PDF]. Contraceptive use, too, is highly stigmatized. If you use it and you’re unmarried, you’re promiscuous. If you’re married, you’re being unfaithful.

Stigma looks different everywhere, but the overall outcome is the same: Women are judged, pressured and oppressed. Access to services is chronically limited.  This is true in Ghana, as it is in the U.S. and around the world.

And yet, the sexual and reproductive health movement has never had a public, high-level anti-stigma brigade like the HIV/AIDS movement has had. In fact, speaking openly about abortion even in the U.S. is taboo.

Earlier this year, Gwyneth Paltrow and Scarlett Johansson received a ton of publicity for voicing their support of Planned Parenthood, but their words were carefully chosen. Neither mentioned the importance of abortion access, and while it does only comprise 3 percent of PP’s services, it’s still a really important part! Even birth control was only fleetingly mentioned. These issues are still off limits in a public context.

Where is the Magic Johnson, the Arthur Ashe, the Elton John, the Annie Lennox of safe-abortion access or contraceptive use?  We need to find them and embolden them. Reducing stigma around HIV has meant starting and sustaining difficult conversations. We need to bring abortion and contraception into those conversations, and in turn we need to work harder at understanding why HIV/AIDS anti-stigma efforts have succeeded.